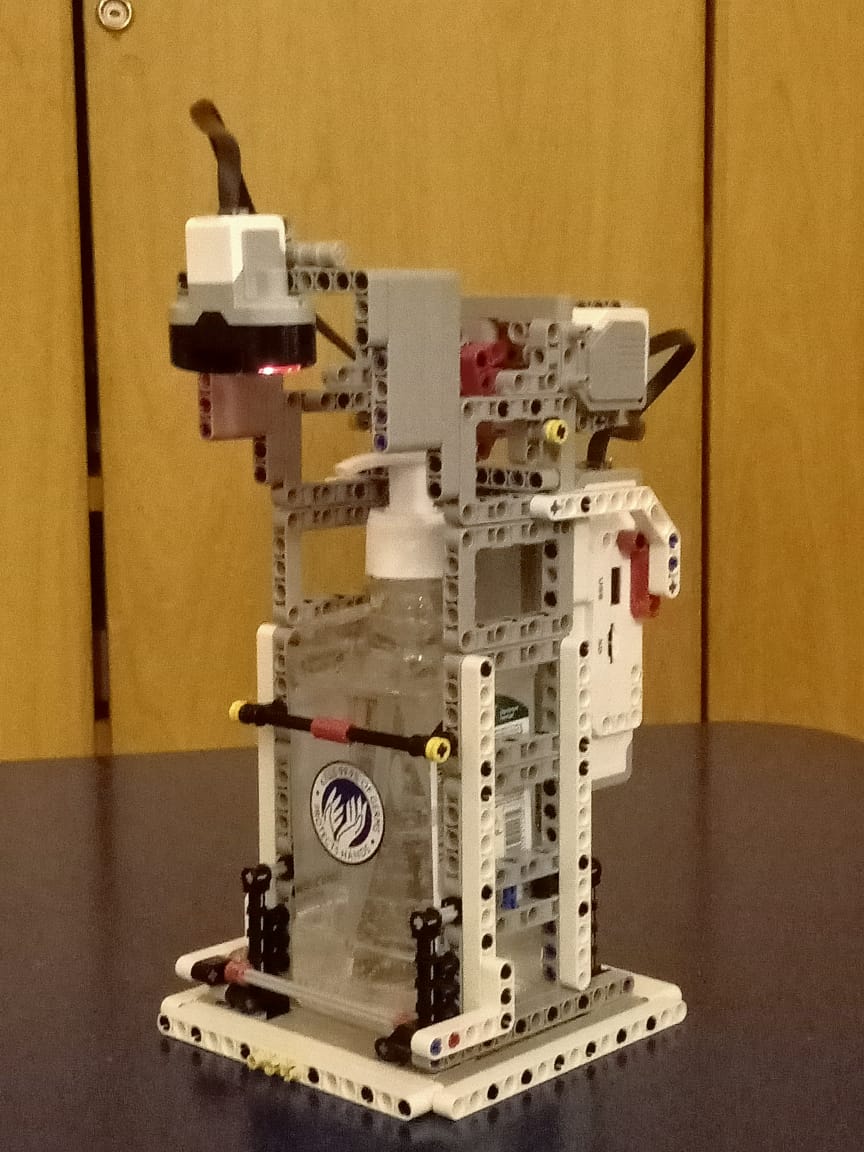 The alarming spread of the novel coronavirus or the CoVID-19 has triggered a pandemic that the world is left grappling with. As per the WHO and other medical institutions, the most significant contribution we can make to contain the spread of the CoVID-19 include washing and sanitising our hands regularly. With definite medicines or vaccination not yet available, inhibiting its spread from one individual to another is imperative to check the impact of the virus on people’s lives and their well-being.

While citizens are playing their part in the fight against the virus, numerous people touching the same sanitisers/soap dispenser is not healthy or a hygienic practice.

The concept of no touch hand sanitizer use is not very complicated. Initially, the ultrasonic sensor senses any object (a hand in this case) when it comes within a range of 12 cm of the sensor. Post that, the Large Motor which is on the robot, moves an arm, which then pushes the sanitiser knob down, which lets the sanitiser out.

Krishn has created the physical robot design by himself using Lego Mindstorm EV3 pieces and has written the code and programmed it using the 'LEGO MINDSTORM’s Education EV3' software.

14-year-old, Krishn said: "I thought of designing this ‘No-Hands Sanitiser Dispenser’ post the lockdown announcement made by our honourable Prime Minister. While my grandfather kept telling everyone in the family not to touch anything and to sanitise our hands, I noticed that everyone was touching the same sanitiser bottle. I felt the need to make a no-hand sanitiser dispenser which would promote hygiene, especially at hospitals and workplaces. My family has shifted to the no-hand dispenser and I would request everyone to practise this."

Krishn has been taking robotics classes for the last few years where he learns how to make such robots and coding for the same. He has been taking part in competitions like "World Robotics Olympiad" and "First Lego League" on a regular basis.