Cancer is one of the leading causes of mortality in age over 50 years. Based upon medical statistics, it becomes more difficult to obtain desirable response to cancer treatment in the elderly, be it medical or surgical intervention. Dr Chirantan Bose, VP, Clinical Services, MedGenome shares his views on cancer outlook in India 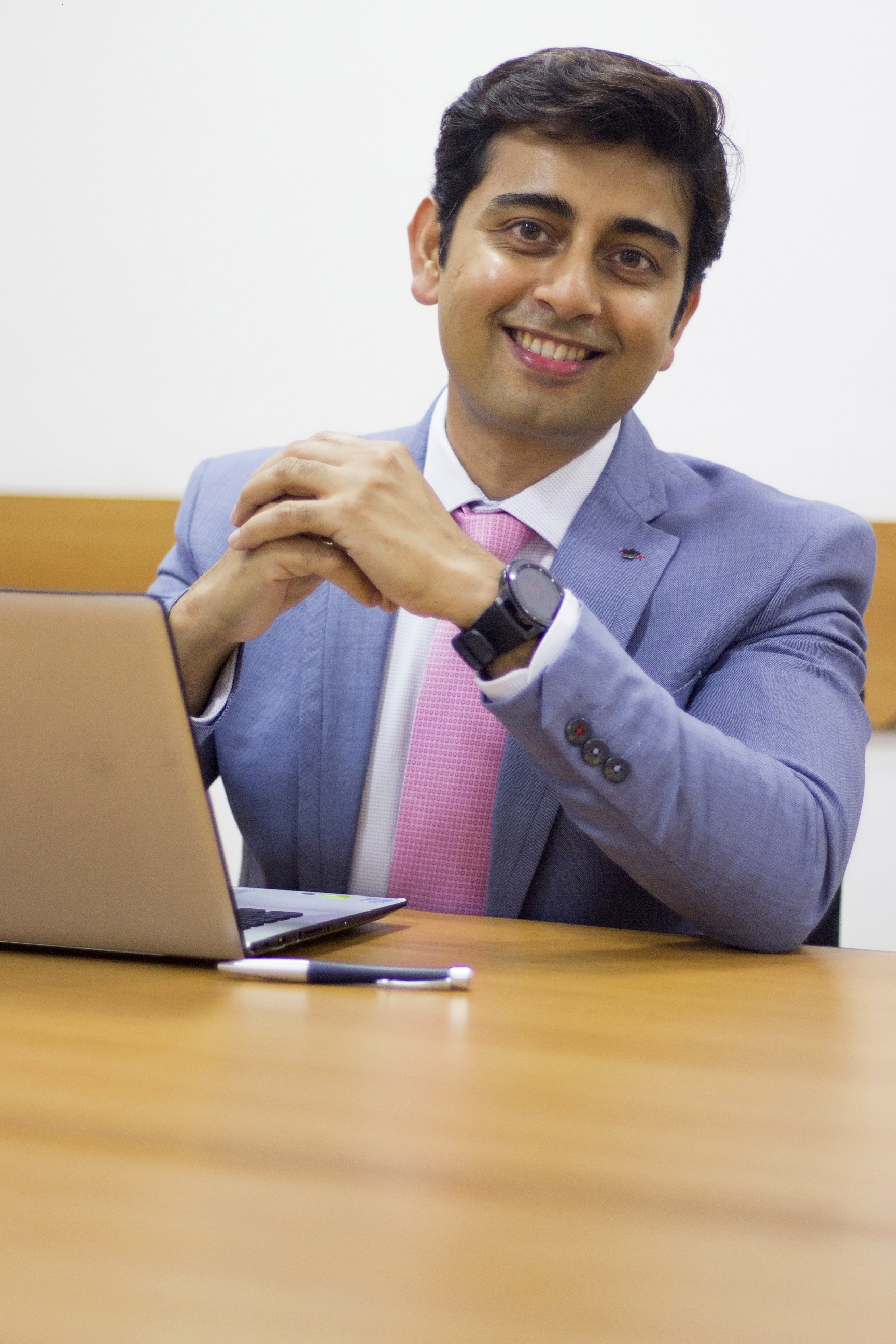 By the year 2020 India would be the single largest country with maximal population of young people (< 40 years age) in the world. This not only indicates a higher birth rate but also indicates the fact that proportion of elderly population would be significantly lesser than the young. It also connotes that mortality is increasing at above 40 years of age. Only 11% of the Indian population will belong to the age bracket of 60 years and above.

Cancer is one of the leading causes of mortality in age over 50 years. Based upon medical statistics, it becomes more difficult to obtain desirable response to cancer treatment in the elderly, be it medical or surgical intervention. Although there is bit of a statistical catch here as well; as per the report published in the NCCP, 12-23% of all cancers are diagnosed after the age of 65; which also means that around 80% cancers inflict younger people, that is at less than 65 years of age.

Every cancer is genetic, meaning genetic abnormalities or variations form the basis of each and every cancer. Normally, certain genes protect the body from cancer by controlling how cells grow and react to the body's signals. When DNA changes accumulate in several of a cell's genes, the cell stops listening to the body. It then reproduces itself uncontrollably, growing into — what we call — a cancer. Such genetic changes are often broadly categorised as ‘Driver mutations’. But it is also well established now that not every individual with a genetic variant will develop the cancer. This brings us to the fact that there are epigenetic and other factors which also have significant roles to play in the evolution of cancer. Known risk factors like Tobacco, alcoholism, obesity, viral infections (like Epstein Barr Virus) and certain environmental toxins are some examples of such factors which lead to cancerous changes.

Cancer Screenings Save Lives - Doctors have studied patterns of cancer in the population to learn which people are more likely to get certain types of cancer. They've also studied what things around us and what things we do in our lives may cause cancer. Such data helps doctors decide:

If your doctor suggests certain cancer screening tests as part of your health care plan, this doesn't mean he or she thinks you have cancer. However, detecting a possible predisposition to cancer can help in either preventing the disease completely or diagnosing and treating the disease much early so as to ensure a long and healthy life.

With modern genetic tests it is possible to analyse if an individual harbours genetic mutations that are potentially carcinogenic. More importantly, specific mutations indicate, how well or how poorly a cancer patient is going to respond to treatment. Such prognostic guides are invaluable to the treating Oncologists in deciding treatment protocols and in counselling patients suffering from Cancer. A very common example of the aforementioned is monitoring the mutations in BRCA gene which indicates increased risk of developing cancers in breast and ovaries. Once a pathogenic or cancer causing genetic mutation is detected, several other screening and preventive measures can be instituted – from radiological screens like mammography to obliterative surgeries like preventive mastectomy.

Yes the statistics are harsh, but an undeniable fact that one out of eight of us will be diagnosed with cancer in our lifetime; even starkly one out of ten will possibly die of it.

India is likely to have over 17.3 lakh new cases of cancer and over 8.8 lakh deaths due to the disease by 2020 with cancers of breast, lung and cervix topping the list. In its projection, the Indian Council of Medical Research (ICMR) said in 2017 the total number of new cancer cases is expected to be around 15 lakh and the figure is likely to reach nearly 20 lakh new cases in 2020. Over 7 lakh people are expected to succumb to the disease in 2017 while the figure is estimated to shoot up to 8.8 lakh by 2020.

The national cancer registry data also reveals that cancer of breast is the number one cancer overall. Cancer of the lung is the next. While Cancer of the cervix is the third most common.

Several cancer hospitals and independent doctors contribute towards maintaining records and statistics of cancers across the country. Cancers of the lung, colon, breast, cervix, head and neck region and those of the blood or bone marrow are one of the commonest.

What could be the link between cancerous growth and ageing? Is it that the code of cell renewal which is a natural process, gets damaged or altered as we age, thus manifesting as uncontrolled cell proliferation – cancer. Data shows that men over 60 years have a 15 times greater risk while women have 8 times greater risk of developing cancers than persons of less than 60 years age. Immune senescence, a medical term used to define decreasing efficiency of the immune function could be the cause of increased risk of cancer in elderly. There is medical evidence to prove that a well-functioning immune system protects against cancerous growth of cells. Our immune system is programmed to recognize abnormal cellular proliferation and automatically destroys these abnormal, damaged cells, keeping chances of cancerous cells’ growth to minimal.

Unhealthy lifestyle also poses a risk factor for cancer especially in old age. The amount of physical activity of an individual starts decreasing with age, people tend to get more lethargic, and also losing weight becomes an uphill task, thanks to the decrease in basic metabolic rate. Hence obesity combined with lifestyle habits such as smoking, alcoholism, lack of exercise, and poor eating, all expose an individual to high risk of cancer, possibly correlatable to accumulation of free radicals and oxidant products which have direct DNA damaging impact. Newer research is also unearthing the links between subtle lifestyle and dietary factors like lack of sleep, stress and low roughage diets also have causative links with various cancers.

The brighter side of the story is that molecular and genetic diagnostics and targeted cancer therapy have ushered a new era in the medical management of cancer. On the one hand advanced genetic tests have made it possible to not just detect cancer at very early stages but also to track the evolution and response of cancer to specific treatments. The age old practices of cytotoxic chemotherapy with its horrendous complications are reaching their sunset point with the evolution of molecular targeted therapy. Chronic myeloid leukemia (CML) one of the commonest cancers of the bone marrow and blood occurring in the elderly, barely kills any of its victims, thanks to the discovery of Imatinib – a drug which can specifically target the molecule on surface of the cancer cells and prevents them from proliferating. A slew of similar molecular target drugs are flooding the arena of cancer treatment, showing hitherto unforeseen results in treatments of cancers of Lung, colon and Leukemias.

Genetic testing throws new light on possibilities of cancer treatment. Subcellular molecular mechanisms are the basis behind change of normal cells into cancerous

Pharmaceutical research in cancer treatment projects the launch of over 100 new drugs which hold tremendous potential in targeting and destroying cancer cells at a sub-cellular level. One of the foremost in this list are the ‘Immuno-oncology drugs’ which act by increasing the ability of the body’s own immune system to help detect and destroy tumor cells. Such drugs when added to existing targeted therapy is shown to enhance patient survival almost miraculously, especially in extremely fatal Lung cancers.

Another successful modality of treating cancers of the blood and bone marrow is through transplantation of ‘Stem cells’ derived from a genetically matched donor or from naïve stem cells preserved from the umbilical cord. Hematopoietic stem cell transplantation has become a ray of hope for children suffering from leukemia. Enhancement of medical expertise in management of post-transplant complications ensure disease free survival of such patients.

The combination of advancements in molecular diagnostics clubbed with discoveries of target molecules which can selectively impact cancer cells will make the onerous route of cancer treatment much easier and successful in future.

Also the government should increase sensitivity towards cancer care by enhancement of healthcare GDP for cancer treatment, diagnosis and research, thus adding another ray of hope for the entire fraternity that is striving tirelessly to battle Cancer.