Tuberculosis (TB) Elimination in India by 2025: Prevent It to End It 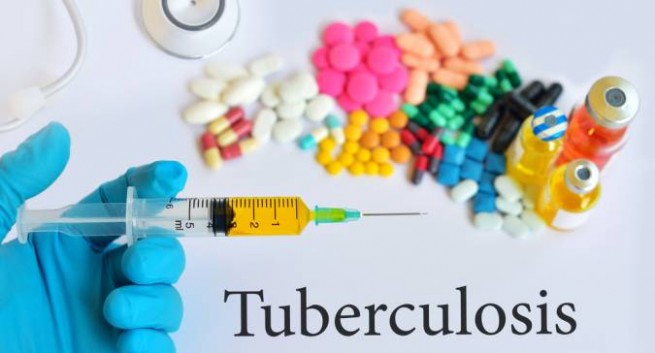 Tuberculosis (TB) is among the oldest diseases known to mankind, yet remains one of the top 10 causes of death worldwide today, as well as the leading global infectious disease killer. With 10 million people with active TB disease every year and 1.6 million deaths, the challenge is enormous.

Under Sustainable Development Goals (SDGs), the United Nation member countries have united to fight TB and eliminate it by 2030.  However, given the prevalence of TB, India needs to achieve the target at least five earlier to the global schedule. The country shares around 23% burden of the active tuberculosis patients in the world and 27% of the unreported or “missing” TB cases of the world.

According to WHO reports India has a global contribution of about 1.8 million TB related deaths. Statistics show that over 1400 lives are claimed by TB every day. The Government has taken an initiative to curb the problem with eventual eradication of TB from India by the year 2025.

Union Health and Family Welfare Ministry have launched the National Strategic Plan (NSP) for Tuberculosis (TB) Elimination (2017-2025), which comes as an extension to the earlier NSP plan.

The target is achievable with three main points: (i) increasing domestic resources, especially in high TB burden areas (ii) finding those people with TB who have been missed in the past and (iii) making leaders, policymakers and other stakeholders accountable for the TB response in their areas in terms of key indicators, targets and commitments made.

The NSP (2017-2025) is based on DETECT-TREAT-PREVENT-BUILD approach. This approach focuses on early diagnosis followed by a prompt treatment which is backed by proper financial and nutritional support. Prevention strategies such as active case finding, Latent TB Infection (LTBI) management in the high-risk population, contact tracing and airborne infection control are adopted. NSP has great potential because of the latest discoveries of drugs and regimes.

Despite the incredible efforts of the government TB poses certain challenges for the government to tackle. Years of neglect of the disease led to the unrestrained transmission of the disease with people having LTBI which can re-activate at any time. India has a big chunk of population which is undernourished which leads to weakened immunity, which facilitates the spread of the disease.

The NSP targets private sector engagement too. The government’s plan will remain a dream unfulfilled until the private providers shoulder the responsibility to make India TB free.

Over 80% of the patient’s first engagement is with the private sector but the quality provided is of varying standards. Erroneous detection or incomplete medication can lead to the patient being drug-resistant. India has developed a burden of Multi-Drug Resistance (MDR-TB) and Extensive Drug Resistance, due to the same.

Drug-resistant TB is a growing threat and it is critical to prevent TB as well as to give an early diagnosis, proper treatment and care. India needs to pay serious attention to improving the treatment outcomes and quality of life of patients with MDR-TB. Treatment success for MDR-TB is currently low in many countries including India. The success rare significantly depends on improving access to the highest-ranked medicines for all such TB patients. About 600,000 new cases of MDR-TB (or other rifampicin-resistant TB) emerge each year and about 240,000 people die of these forms of TB each year according to WHO estimates.

The second important change is a fully oral regimen as one of the preferred options for MDR-TB treatment, with injectable agents proposed to be replaced by more potent alternatives such as bedaquiline (the first-ever medicine to be developed specifically for the treatment of MDR-TB.

For a successful TB elimination programme, we need to take lessons from the Polio Campaign which was a huge success because of the major stakeholders such as hospitals, government, NGOs, social workers and many more came together to make India Polio free. A holistic approach was adopted in the eradication of the disease. The same needs to be done in the case of TB.

TB as a disease needs to be MANAGED first. Detection and Identification remain the first concern that needs to be attended to. Areas with high risk need to be investigated thoroughly with special attention given to the people who have had close encounters with the person having TB.

TB reporting should be mandated by the government and an effective MIS needs to be in place to increase the reporting of the cases and effective mapping of the disease. Instead of standing in line people can go online to get themselves registered.

Private institutions need to come forward by establishing sustainable models in their capacity to help the patients suffering from the disease. Targeting TB as a disease which is affordable to cure will make sure that the people would come forward and seek the desired help.

In nutshell, a Tuberculosis free India is not a dream far-fetched if the government along with the NGOs, private sector and the denizens of the country work in tandem to pluck this problem out from the roots.