Unveiling the Principles of 3Rs

There was an unprecedented surge in all areas of research and development. Owing to this, there has been a serious and well-documented concern over the use of animals in research. The need for having a proper framework in place that safeguards the well-being of animals used in research is imperative. It is our ethical and moral responsibility to take notice of this issue in the most prudent way. 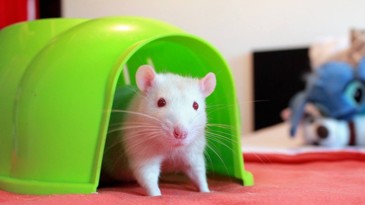 The three Rs are scientific guiding principles that augment the efforts for the ethical and more humane treatment of animals in research. In 1959, the term ‘Rs’ was first described by W. M. S. Russell and R. L. Burch in the book- “The principles of Humane Experimental Research”. Right from the onset, these principles have been adopted by national as well as international legislation to measure and to check their animal research practices. The principles have also been embedded into the directives of organizations, which undertake or aid animal research in any direct or indirect way. It is to be noted that, many countries have explicitly adopted the principles of 3Rs in their modes and directives. The UK has implemented the 3Rs through a national organization named as National Centre for Replacement, Reduction, and Refinement of animals in research, which is also called as NC3Rs.

A LOWDOWN ON THE 3Rs

The preeminent pillars of the 3Rs are the following three principles:

Let us understand the significance of these three principles in detail.

The need for research and development shall find greater impetus in the coming times owing to an ever-evolving holistic environment. Disruptive technologies have taken over the world in every known field. Adhering to these principles is cardinal for a balanced and ethical approach towards research and development involving the usage of animals in some way or the other.