Increased Awareness Can Limit The Spread of Haemophilia

What makes haemophilia a concern is that currently there is no cure and the disease can only be managed to improve the quality of life. 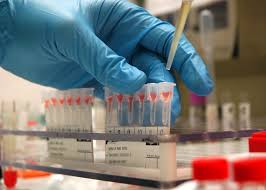 Haemophilia is a rare genetic disease that affects the body's ability to make blood clots, a process needed to stop bleeding. This results in people bleeding longer after an injury, bruising, and an increased risk of bleeding inside joints or the brain. April 17 is observed worldwide every year as World Haemophilia Day to increase awareness on Haemophilia and other inherited bleeding disorders.

What makes haemophilia a concern is that currently there is no cure and the disease can only be managed to improve the quality of life. Patients can present with various symptoms and not just bleeding.  Severity can vary from life-threatening, seemingly unprovoked bleeding episodes to those affected lead normal lives for many years until a serious injury or a routine medical procedure suddenly starts off uncontrolled bleeding.

The disease is genetically transmitted from parent to the child and hence there may be a history another affected family member but in one-third of cases, there may not be any such history as it may be due to a new mutation. Men who have inherited Haemophilia pass on the gene to their daughters, but not their sons. Women, who carry the haemophilia gene, may pass the gene on to their sons and daughters. Haemophilia is due to a defective gene in the X chromosome. As women have two X chromosome they are not generally affected and can act as carriers. On the other hand, as men have only one X chromosome if they get the defective gene they are affected.  India has the second highest number of Haemophilia patients in the world according to the World Federation of Haemophilia (WFH) and a good percentage of them remain undetected and undiagnosed. India has around 17,000 Haemophiliacs according to the Federation. Being a rare disease, many Haemophiliacs don’t know they are suffering from the disease since childhood. It is therefore important to spread awareness about the disease as well as educate new couples who might produce a child with haemophilia without realizing it. A couple entering into marriage with plans of bearing children must undergo premarital genetic testing to gauge the risks of delivering a child with Haemophilia if there is family history of bleeding disorder. Accordingly, the couple can make well-informed family planning choices.

Women, who know they are carriers, or might be carriers, may have options for prenatal diagnosis to obtain information on foetal status. If foetus is affected the family can then decide whether to continue with the pregnancy or proceed to medical termination. Many times the choices are not offered to the family in time to make meaningful interventions. If a mother is known to be a carrier a haematologist should be involved in the supervision of pregnancy as part of the multidisciplinary team along with the obstetrician well before delivery. There has to be a written birth plan in place for delivery after discussing with the family advantages and disadvantages of normal delivery vs caesarean section and neonatal team need to be involved in a birth plan to ensure the safety of mother and the baby. The plan should also clarify what should happen if the mother goes into labour early.  After delivery, a cord blood sample will be used to check if a male baby has Haemophilia.

There are various symptoms such as pain or swelling in joints, excessive bleeding, blood in urine or stool, heavy or prolonged periods, nose bleeds or internal bleeding. Mostly the disease is detected when a person bleeds for a long time after an injury. The disorder is sometimes fatal due to late referrals and this is because of the lack of awareness of the disorder. In a known patient the bleeding symptoms can be managed using Anti Haemophilia Factors (AHFs). During the first presentation as emergency treatment, doctors may use fresh frozen plasma and Cryoprecipitates which are generally stored in most major hospitals.

There are some general precautions that one should take if one is afflicted with Haemophilia. Some of them are:

Exercise: Exercise helps strengthen muscles, improve concentration and coordination. Haemophiliacs can be involved in swimming, cycling, walking as these are considered healthy for them. The degree of intensity which is safe will vary between patients and hence take advice from your haematologist.

Take care of joints: Haemophiliacs bleed both externally or internally, which can injure the knee, ankle and elbow joints. Continuous bleeding in these areas can damage cartilage and the bones in the joint and cause chronic arthritis and disability. Caring for these by regular exercise and check-ups can help Haemophiliacs stay fit.

Precautions for travel: If a Haemophilia patient travels, it is crucial to understand whether the place they are going to has appropriate clinics, a good supply of prescribed drugs or they need to ensure they carry an adequate supply of prescribed and the right documents supporting them.

With advanced treatments available now, the disease can be treated, though there may not be a permanent cure at least in the near future. We recently came across a 4-year-old boy who had been to multiple doctors with episodes of joint swelling affecting various joints at different times attended our clinic. The only clue in history was that there was one episode of prolonged bleeding after he bit his tongue one year earlier. Based on that history we investigated him and confirmed the diagnosis of haemophilia. He was started on appropriate treatment and his life changed for the better.

The disease can be managed with close supervision, adequate care, patient education. Access to AHFs and affordability is crucial. In some states in India full AHFs support is available though the supply is not always consistent. Support groups for haemophilia has contributed greatly to creating awareness amongst patients and organizing treatment centres. Dedicated training in Haemophilia management for medical professionals seeking expertise in this area, encouraging clinical research to provide affordable care and commitment from health care authorities are crucial to ensure those affected with haemophilia live a productive and wholesome life.