Hope for future lies in early prediction of Alzheimer's 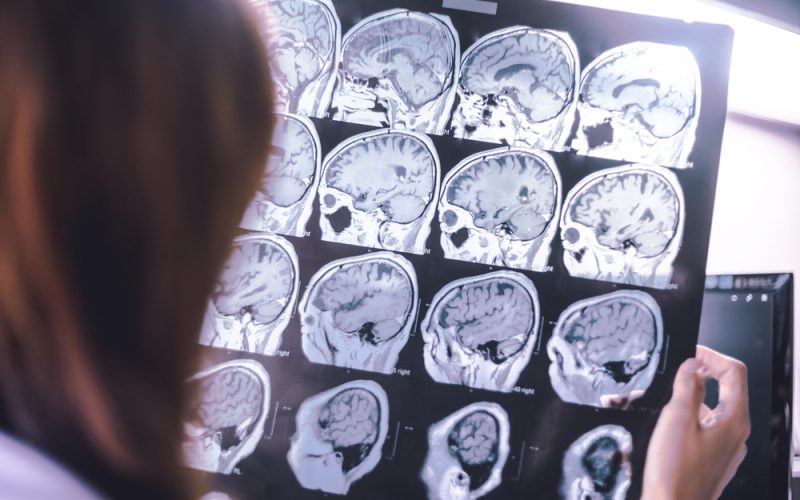 Alzheimer’s is a devastating Brain Disease that affects recent memory and learning mechanisms of the brain eventually debilitating an individual. Recent surge in the incidence has been attributed to an increase in the life span which is an average learning of 80 years today.

Loss of memory disables by losing identity, personality and eventually losing the self of the affected. They can’t identify anything including the most loved ones leading to horrifying experiences to the persons affected and to their families.

At present 50 million are affected in the world and the numbers are expected to rise rapidly leading to severe social,economic and global health challenges soon. It is estimated that 40% of people will be affected at the age of 80 years with this condition.

Originally it was described in a patient named August Deter by Dr Alois Alzheimer. The memory store called Hippocampus (sea horse in Greek ) located in the temporal lobe of the brain gets affected first and eventually spreads to the rest of the brain. The loss of neurons and the synapses will set the progression of the disease. Normally the sensory information from the sense organs are received in the form of electrochemical energy and then the brain compiles and computes the data and projects it as information based on the stored memory and information.

Due to the loss of connectivity in the brain , such computation fails and hence the failure of recognition. It can start with difficulty in remembering simple things, misinterpretations and eventually to serious failure of recognition and remembrance of everything. The neurons in the brain are riddled with beta amyloid plaques which eventually form tangles that kill the neuron itself. The cell death triggers an inflammatory reaction and the Microglial cells which normally do housekeeping and upkeep of the brain by removing the toxins, gets activated and turns against the brain cells itself. They will in turn destroy and clean up the entire neurons and axons progressively shrinking the brain structurally and functionally.

Recently 30 new genes have been identified that are responsible for activating abnormal immune response by microglia as well as the Neuro inflammation. Advances in MRI imaging can identify the plaques in the brain very early. It takes nearly 10 to 15 years for the symptoms to manifest after the appearance of the plaques. Hence early diagnosis can help to identify and stall the onset of the disease.

The only hope for the future lies in early prediction in those with strong family history and testing them for abnormal genes, early detection by MRI imaging and on suspicion treating Neuro inflammation aggressively.

Recent research indicates that the beta amyloid protects the brain from the invaded microbial agents. It forms the plaque to trap the microbes to protect nerve cells from any subclinical infection. CD 33 gene has been found to be responsible for triggering Neuro inflammation. So future goals should be to prevent all subclinical infections that can affect the brain, understand the microbial relations with the brain, treat the tangles with appropriate interventions and control the inflammation in order to avoid Alzheimer’s.

In a bid to facilitate early diagnosis of Alzheimer’s and to provide comprehensive treatment, Brains has also started a unique "Memory Clinic". This step by Brains is to mark the World Alzheimer's Day (September 21st).