In India, out of every 1000 children only 1 suffer from this autoimmune disease 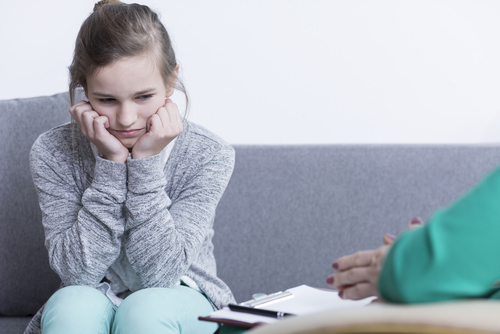 Joint pain, swelling, stiffness. While these conditions might be normally associated with old age, children below the age of 16 suffering from Juvenile Arthritis have to experience and manage these painful symptoms for several months, or even their entire lifetime.

In India, out of every 1000 children only 1 suffer from this autoimmune disease. Severe degeneration due to attacks by one’s immune system on joints leads to this movement restricting condition, with an increasing early onset in recent cases. Unable to perform normal activities, children with juvenile arthritis are now able to receive treatment comprising of various drugs, supplied by many pharmaceutical companies in India. Thus, by reducing their symptoms, a sense of normalcy is restored, allowing them to maintain physical fitness painlessly.

One of the most commonly administered drugs for juvenile arthritis are disease-modifying anti-rheumatic drugs or DMARDs. These are essential in patients suffering from more severe or different symptoms like rashes or swollen glands. By reducing inflammation and swelling, these drugs can help alleviate the symptoms over a long period of time. Instead of treating the underlying disease, these drugs mainly focus on controlling the immune response in order to prevent extreme degeneration of joints and tissues. However, this could also make one more susceptible to various infections due to the repressed immune system. The most commonly administered DMARDS are methotrexate and etanercept (which is a biologic drug). Currently, Mumbai based ICPA Health Products, in Ankleshwar, is the leading producer of these drugs as a treatment for arthritis across India.

A more widely used therapy is the prescription of non-steroidal anti-inflammatory drugs or NSAIDS, whose production is largely dominated by IOL Chemicals and Pharmaceuticals Limited, which is based in Punjab. These can include relatively common drugs like ibuprofen or naproxen which allow one to reduce swelling and pain in the joints. However, an important limitation to consider is that they are only effective when treating a few joints. Since the only issue is whether or not the drug is available or if the patient responds to it, this drug is extremely popular in treating children for juvenile arthritis. In cases where the drug is unresponsive, they are coupled with newly developed and tested NSAIDS or are switched with another type of anti-inflammatory drug. Regardless, the effectiveness of this drug has been seen in numerous cases, making it the most commonly administered drug for juvenile arthritis.

Another important contributor in the treatment of juvenile arthritis is Swiss firm Roche. Drugs such as Actemra® (tocilizumab) and Rituxan®/MabThera® (rituximab) were approved by the FDA in 2018 and are being used on patients with polyarticular juvenile arthritis and systemic juvenile arthritis respectively. Recommended for patients above the age of 2, these medications have shown less severe side effects, making it safer for these children. Moreover, they help reduce swelling by blocking interleukin 6, a cytokine known to cause inflammation especially in patients who did not make improvements while taking other drugs. To further the use of tocilizumab in treatments across India, Roche partnered with Cipla, based in Mumbai, in 2018. This merger was aimed at increasing the standard of healthcare and providing each citizen adequate treatment for their ailments.

Noida based stem cell therapy company Advancells, a company dedicated towards treating patients with stem cell therapy, has made major advances in treatment for juvenile arthritis. With hospitals in New Delhi, Chennai, Bangalore and Mumbai, they aim to provide patients with a more viable solution for the years to come. While other drugs prove to be effective in relieving pain, this treatment focuses on eliminating the root of the problem. On injection of stem cells in one’s body, they are able to start the immune system and allow them to create new cells to replace the ones that previously degenerated. These cells, taken from the bone marrow, can develop into several kinds of tissue based on the extent of damage and pain in a particular patient.

The production and delivery of the drugs can truly shape the treatment for juvenile arthritis, allowing a child to evade the crippling pain and lead a relative normal childhood. Each therapy works to lessen the symptoms at young age in order to prevent a worse onset later on in life. A stress on physical fitness can be seen in a majority of juvenile arthritis treatments and these drugs prove to play an important role in ensuring a better and more comfortable lifestyle for these young children.