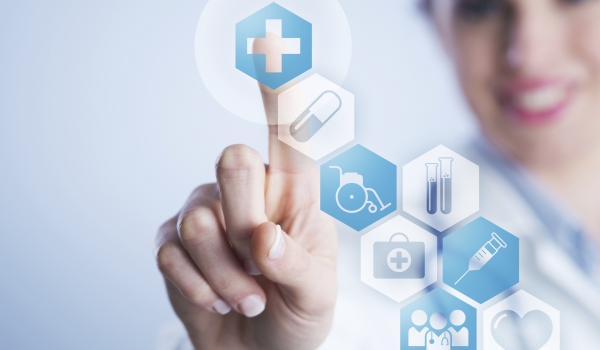 Today, healthcare is one of the largest growing sectors in India, both in terms of revenue and employment. It is expected to reach a whopping $372 billion by 2022. However, our healthcare delivery system suffers from major inadequacies. With the increase in population from 760 million in 1985 to 1.36 billion in 2019, the healthcare services are inadequate to address the needs in qualitative, effective and holistic way. While there are wide range of issues within the sector, there are few amongst those which have the largest impact on the quality of healthcare.

The skewed distribution of healthcare facilities

The distribution of quality services which is hopelessly skewed in favour of those who have higher purchasing power has been the greatest challenge when it comes to healthcare industry. In a nation, where close to 70% of the population habitats in rural area has only 30% of the country’s hospitals and doctors, with compromised quality and hygiene factors. This skewed distribution means the rural population has to spend an inordinate portion of their income to access quality healthcare facilities, which are often far from where they live.

Technology has partly emerged as a solution to these challengeswith the invent of telemedicine and video consultations, to name a few. India is experiencing a growth of 22-25% in medical tourism, with the industry expected to reach US$ 9 billion by 2020. However, for transformation at a grass-root level, Government led initiatives need to align with the private organisations to promote more participations in rural healthcare.

The Indian government spends just 1.02% of its GDP on healthcare, which is not only far below developed countries (the United States, for instance, spends 17.9% of their GDP on healthcare) but other developing economies as well. Unless this goes up either directlyor indirectly through incentives and Public-Private partnerships, we won’t see a significant improvement in healthcare delivery.

With the end loosened at the level of quality control, the private players have taken undue advantage and made healthcare into a money minting business. This has been severely aided by the lack of awareness about the quality parameters and the challenge of spending capabilities in the rural population, who seek for the most affordable option. As a result, the bulk of small hospitals, private clinics, and diagnostic centres are now available across the country with less to no regard to quality. In fact, just 1% of India’s hospitals even apply for NABH accreditation.

Since most Indian consumers have to spend a significant amount on healthcare from their pocket, the Government’s focus has been on achieving a reduction in out-of-pocket expenditure on drugs. In the past few years, the government has increased the scope of price control of both drugs as well as devices notified as drugs (stents, knee implants, et.al.). Apart from these policies, the focus is now on establishing public pharmacies that dispense generic medicines.

The trouble with such a unidimensional regulatory structure is, on one hand it discourages research and innovation and on the other the availability of cheap, generic medicines means that doctors have a tendency to overprescribe medicines.

India is known as the antibiotic capital of the world, and antibiotic resistance leads to the death of 58,000 Indian children every year. Unless drug regulations are made less myopic and more forward-thinking, these issues will continue to occur.

No focus on traditional healthcare systems

India is home to one of the richest and most ancient systems of medicine - Ayurveda. Ayurveda has been known to provide long-term, sustainable solutions for major lifestylediseases. In India, more than 60% of the population is now dying from non-communicable, lifestyle-based diseases. Ayurveda has a pivotal role to play in holistic healthcare delivery.

In the past few years, the ministry of AYUSH (Ayurveda, Yoga, Unani, Siddha, and Homeopathy) has undertaken a series of measures to mainstream these alternative systems of medicine. For instance, a number of ministries, including labour, railways, and defence have collaborated with the Ministry of AYUSH to set up wings for these systems within allopathic hospitals run by them. Similarly, there are many schemes to promote private investment in these sectors. For instance, AYUSH wellness centres and hospitals can now avail soft loans and interest subsidies. Though these steps are phenomenal towards strengthening these systems, but a lot needs to be done to sustain the momentum.

The healthcare sector in India is on the cusp of revolution, with access to cutting-edge technologies, global demands, and massive untapped potential. Yet, unless systemic changes are made within the system at the grass-root level, healthcare delivery will continue to be broken and will benefit only to the financially-abled section of the society, and not the population at large.