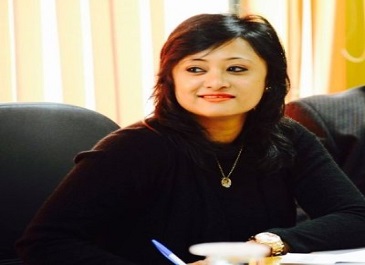 Biotech and pharmaceutical companies embody business models that extensively bank upon intellectual property rights, and corresponding intangible assets created by employing such intellectual property rights. Often, patents play a crucial role during growth of pharmaceutical and biotech companies and such patents are usually a result of collaborative research partnership between public and private sector.

Specifically, the National Intellectual Property Rights Policy is aimed at promoting novel licensing models in addition to strengthening the already existing provisions of compulsory licensing, which have been a topic of debate and discussion among multiple stakeholders since its early days of conception. Among various objectives, the primary goal of National IPR Policy has been structured under seven (7) categories, including:

The Government of India believes that it is necessary to reach out to the less-visible IP generators and holders, especially in rural and remote areas, wherein emphasis would be laid on creating awareness regarding the rich heritage of India in terms of our Geographical Indications, Traditional Knowledge, Genetic Resources, Traditional Cultural Expressions and Folklore.

Even though India will adhere to the Doha declaration on TRIPS agreement and public health in general, there remains a need to protect Indian traditional medicinal knowledge which exists in diverse forms in our country, and it is important to protect the same from foreign companies who file for Intellectual property rights claiming such traditional medicinal knowledge that existed from many centuries in India. Patent rights are given to an invention when it is new, non-obvious to the expert person in that particular domain and has industrial applicability. However, time and again foreign companies have been claiming different formulations comprising the Indian traditional medicinal knowledge and filing patents across the globe. This has to stop and currently we have Traditional Knowledge Digital Library (TKDL) database which is accessible to patent offices worldwide.

This can bolster the growth path for pharmaceutical and biotech companies as companies offering products in India can align their product portfolio towards chronic therapies for diseases such as such as cardiovascular, diabetes, anti-depressants and anti-cancers that are on the rise, which when combined with initiatives undertaken by the Indian government to reduce costs and bring down health care expenses can facilitate a rapid introduction of drugs into the market. Furthermore, the focus on rural health programmes, lifesaving drugs and preventive vaccines can further assist the companies in positioning themselves as market leaders by focussing on rural India.

However, much before the National IPR Policy was formally published in may 2016, there have been strong discussions among various stakeholders regarding pressure from developed jurisdictions on India, specifically the United States. In past, such bilateral discussions resulted in the creation of a high-level working group to discuss IP issues and subsequent formulation of the new IP policy attracted significant interest from the US government and the US industry groups.

Around the same time as the National IPR Policy was published, the Indian Patent Office under the guidance of the Department of Industrial Policy and Promotion (DIPP) proposed amendments to the Guidelines for Examination of Computer Related Inventions (CRIs), which may indirectly ease the restrictions pertaining to patenting of software in India. However, subsequent intervention of public interest groups and comments offered by different stakeholders (patent attorneys, law firms, software companies etc.) forced the DIPP to cancel the amendment.

Additionally, around same time, the Indian patent office rejected of the compulsory licence application by Lee Pharma on AstraZeneca's diabetes medicine Saxagliptin, and further rejected the pre-grant opposition on Sofosbuvir, an anti-hepatitis drug. These developments may or may not imply a direct or indirect influence of US pressure on National IPR Policy and related legal proceedings, but the timing can cast some doubt on the way things have progressed so far.

Moreover, an important point to consider is the underlying fact that the National IPR Policy does not recommend any changes in the existing IPR laws. In contrast, the new policy highlights a need to introduce changes in such laws by recommending a review of existing laws with the purpose of updating and improving these or to remove anomalies and inconsistencies.

Therefore, to stimulate the generation of intellectual property rights proper guidance will be provided to researchers and innovators in sectors like energy and food security, healthcare and agriculture, as well as specific sectors such as biotechnology, data analytics, nanotechnology, new materials and ICT. Another objective would be to encourage public funded R&D institutes and industry to develop affordable drugs relating to neglected diseases.

Most important objective would be encourage R&D including open source based research such as Open Source Drug Discovery (OSDD) by the Council of Scientific and Industrial Research (CSIR) for novel inventions relating to prevention of diseases, diagnosis and treatment of diseases, especially those that are life threatening and those that have high incidence in India.

As far as commercialization of IPR is concerned the value and economic reward for the owners of IP rights comes only from their commercialization. More efforts have to be made to reduce dependency on active pharmaceutical ingredients (API) imports, including incentivizing manufacture of APIs in India.

Accordingly, biotech and pharmaceutical companies along with other stakeholders have to keep a close watch on legal and regulatory developments that can provide further clarity on doing business in India, specifically regarding patent oppositions, compulsory licensing and section 3(d) of the Indian Patents Act, which have been a common ground of a majority of patent litigation in India so far.