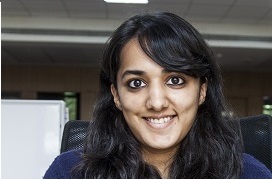 Pooja Vijay Ramamurthi is with the Center for Study of Science, Technology and Policy (CSTEP), Bangalore

However, today, India has the world's largest population without access to electricity (300 million), mainly in rural areas. While over 90 percent of the urban population receives electricity, only 60 percent of villagers get the same benefit. This is primarily because of far-off locations and low wages, which makes grid extension difficult and uneconomical. In such a situation, off-grid renewable solutions can be an effective alternative.

At the recent RE-Invest Summit 2015, Prime Minister Modi stated, "Solar, wind and biomass sources of energy are the way forward". However, ambitious off-grid targets have only been announced for solar energy. Due to the variable nature of solar, this article makes a case for why the current government should also promote "on-demand" solutions like biomass to satisfy rural needs.

Electricity for Economic Progress
Electricity access can only provide economic growth in rural areas, if it is linked with local income-generation activities. Tetratech's survey in rural Karnataka shows that most respondents (80 percent) were unwilling to invest in income-generating activities unless they had a dependable source of electricity supply.

Mr Aklavya Shravan of DESI Power said that solar is effective for lighting, phone charging and pumping, however it cannot cater to "on-demand" needs of flour and rice mills. These are better met with biomass-based options, he concluded. Therefore, their organization promotes hybrid projects where domestic and lighting loads are met by a solar system with battery storage, and electricity for industries comes from a biomass plant, when required. Hence, while implementing off-grid solar solutions, such hybrid projects should also be promoted.

Additionally, Mainali and Silveira from the Unit of Energy and Climate Studies (ECS) in Sweden, state that biomass is the most sustainable way of electrifying rural India. In their study, various renewable technologies were rated on 10 sustainability factors, and biomass gasifiers scored the highest. This is because, other than providing reliable electricity, bioenergy also offers broader benefits such as local employment creation and community self-reliance. Research at CSTEP shows that if 25 percent of the currently un-electrified populations were electrified through gasifiers, 50,000-60,000 direct and indirect jobs could be created.

India has large indigenous experience in biomass gasification, implying no additional import dependence. An excellent example is the Gosaba Gasifier started in 2001 in the Sundarban islands by the West Bengal Renewable Energy Development Authority (WREBDA). It electrifies 250 consumers, including domestic households, an "ice-making" industry and the local market. This project has led to a significant reduction in diesel and kerosene use. Biomass gasifiers are also very versatile and can be adapted to suit the end-user. They have been used for decades in small and medium industries, rural mini-grids and most recently, for cell-phone towers.

While bioenergy offers many obvious advantages, before choosing a suitable rural electrification option, it is vital to see the economic viability of the technology. A Princeton University study on India in 2014 compared the costs of various rural electrification options. While providing electricity from the grid was reasonable in plain areas costing Rs 0.15-20.00 per unit, in hilly areas the cost rose significantly to Rs 26-228 per unit if the village is 10-25 km away from the grid. Micro-grids with biomass, solar, wind sources are cheaper, with electricity costs ranging between Rs 16-18, Rs. 9-24 and Rs 20-40 per unit respectively.

Robust Feedstock Supply
Getting a reliable feedstock for biomass plants is a significant challenge; most plants rely on forest and agro-residues. However, forest departments don't part with woody residues easily and agro-wastes are increasingly being used by other industries.
Mr Shravan from Decentralized Energy Power (D.E.S.I), a grassroots electrification organization, said that they tackle this challenge by sourcing 30-40 percent of feedstock from dedicated plantations on lands which are unused by farmers. Crops of Melia Dubia, Subabul and Beema bamboo are grown, with intercropping of garlic, and chillies. These plantations are jointly owned by DESI and the farmers.

Experts at the Indian Institute of Science (IISc) say that there is an availability of 40 million hectares of waste land for similar plantations. Therefore, the first step would be to conduct a national-level survey to identify the availability of residue and fallow lands that are suitable for biomass plantations. This survey should also investigate the possibility for setting up hybrid systems in areas where wind, solar and biomass resources are abundant, and ensure that land allotted for such projects don't encroach on other useful land and crop use.

A scheme similar to the Karnataka Solar Policy 2014, where farmers can lease out unutilized lands for installing solar farms, can be introduced. Fallow land for biomass can be used to supply feedstock to energy producers on a long-term basis. The income generated from these plantations can form an integral part of rural household incomes, as seen in the Energy Plantation Projects India's (EPPI) plantation in Tamil Nadu. This 300 acre plantation runs a 2 MW gasifier, which electrifies nearby cell phone towers and the village's local grid. It hires 40 permanent employees and 90 seasonal ones, half of whom are women. They earn a salary of Rs 150 for half a day's work.

Finally, most government-owned systems have no after sales maintenance, with commissioning systems falling into disuse. Senior officials at WREBDA state that setting up a local committee is very important for sustaining such systems. The committee for the Gosaba Gasifier ensures timely payment, monitors demand and spreads awareness about the system to the community. Hence, advanced training and management support should be given to communities while setting up new plants.

Considering that biomass plants are an economically sound option for India and that bioenergy can play an important role in energising India's villages, more efforts should be taken to pave the way for this source of energy.