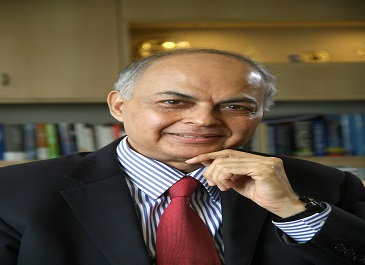 Intellectual Property Rights (IPR) is an important part of India's journey to economic progress. On May 13, 2016, the Government of India announced the much awaited National IPR Policy to a barrage of feedback from all those interested in IPR. While this was certainly a positive step in the right direction, the pharmaceutical industry had been looking forward to this announcement with a mixture of trepidation and equanimity.

It has done well to encourage creativity and innovation while stimulating generation and commercialisation of IPRs at various levels. However, the focus appears to be primarily on government or government supported innovation as opposed to energising R&D in the private sector where drug development actually takes place. The Policy was well received by industry though there is so much more that could have and should be done! Having said that, industry welcomes with open arms the moves by the Government to hasten the journey particularly with assigning the Department of Industrial Policy & Promotion (DIPP) as the central Indian IP agency.

The Policy has made DIPP as the nodal point to coordinate, guide and oversee implementation and future development of Intellectual Property Rights in India while the state governments, the public and private sector institutions as well as other stakeholders will be involved in the implementation process.

The Policy stresses on balancing the rights of the public so that Intellectual Property Rights are not abused in any way and that there are enough safeguards to protect public interest. These safeguards are important and for the overall good of society. There are issues that remain unresolved especially with regards to the Pharmaceutical sector and the Policy unfortunately is simply a watered down version of earlier drafts. A long-standing demand for specialised Patent Benches to hear and settle patent disputes finds no place in the Policy and merely recommends adjudication through Commercial Courts set up at the appropriate level. The Policy is also silent on key matters such as regulatory data protection, a long standing demand of the research oriented pharmaceutical companies, and the strong need for patent linkage while granting marketing approval has been ignored. Paradoxically the Policy actually states that the existing IP laws are fully compliant with TRIPS and India will continue to use the flexibilities available to it under the TRIPS Agreement.

Among the positives is the recognition accorded to the need for modernising and strengthening the different Indian Patent Offices, making them more efficient, cost-effective and user-friendly. The Policy has done well to recommend capacity building of these offices and other IP enforcement agencies while also recommending the hosting of regular workshops on IPR at the judicial academies and other fora for the judiciary to facilitate effective adjudication of IPR disputes.

The Pharmaceutical industry is in a special position considering the tremendous resources that are put into this sector in India. Therefore if India were to put in place a truly world class IP regime the country and the industry would see results of a very high order that would by far surpass what other countries have witnessed in the past. India, it must be remembered, has the world's third largest pool of qualified and trained scientists. Home-grown pharmaceutical companies are beginning to see the value of IP protection and are seeking that for their own innovations. Stronger IPR will only serve to actually encourage these companies to invest more in R&D.

To truly foster innovation the Government needs to have more specifics and bring in more transparency. It is time to see the benefits that a strong IP ecosystem can bring for the country!