Is there a need to change RT-PCR primers to detect SARS-CoV2 variants? 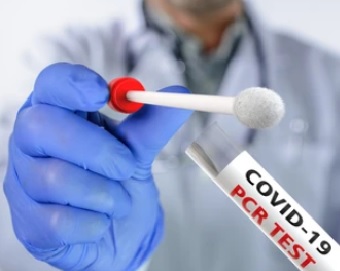 SARS-CoV2 commonly known as COVID 19 virus is known to all by now. SARS-CoV2 is an RNA virus. Reverse Transcriptase Polymerase Chain Reaction (RT-PCR) is a commonly used test for COVID-19 diagnosis in which the RNA of the virus is transcribed into DNA by an enzyme called reverse transcriptase. DNA synthesised is subsequently amplified by a technique called Polymerase Chain Reaction (PCR). One of the most important ingredients of a PCR based test is primers. Primers are short strands of DNA that recognise the target gene and help make thousands of copies of the target gene.

Which genes does SARS-CoV2 RT-PCR detect?

All commercially available RT-PCR tests for SARS-CoV2 detection use a multiplex approach wherein two or more genes are amplified in the same reaction. The genes which are usually targeted are ORF1ab, S, E, N and RdRP genes. For any given positive sample, these targets should take roughly the same number of PCR cycles to be detected, a value known as the cycle threshold (CT).

What is the impact of mutations in the SARS-CoV2 genome?

All viruses mutate- in fact, the mutation rate in the SARS-CoV2 virus is much lesser than that of HIV and influenza viruses. Few mutations in SARS-CoV2 are a matter of worry. Variants of concern that are circulating in India are the UK variant (B.1.1.7), South African variant (B.1.351), Brazilian variant(P.1), and recently identified B.1.617 which is responsible for the second wave in India.

What is the impact of mutation of RT-PCR testing?

The researchers propose that the mutation can affect the binding of the PCR primer and can interfere with testing. They also found that mutation in the SARS-CoV2 genome may cause decreased test sensitivity.

One such commercial RT-PCR test was identified by US-FDA and it was notified that the test could cause false-negative results. Hence it is recommended to choose RT-PCR primers such that mutations will have minimal effect on the RT-PCR test. It is also advisable to use a multiplex approach wherein multiple genes are targeted.

Indian Ministry of Health and Family Welfare in their press release of April 16, 2021, has stated that the RT PCR tests being used in India do not miss the current circulating mutations as the RT-PCR tests being used in India target more than two genes. Hence, keeping the current scenario in mind there is no requirement to change the primers or the RT-PCR kit which are currently being used. However, it is extremely important to continue mapping the mutations by whole-genome sequencing of at least 5% of the total COVID-19 positive cases.