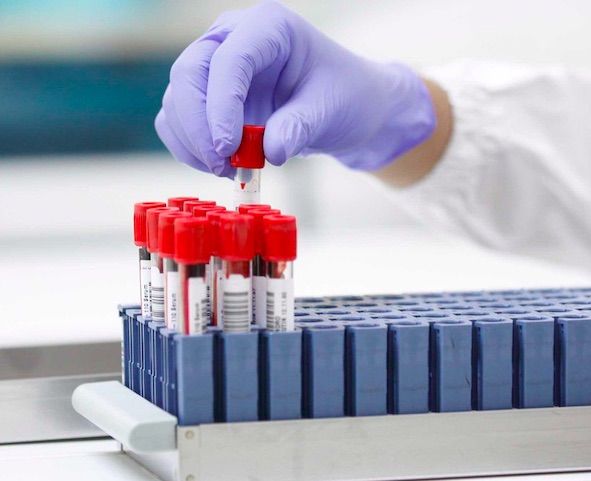 Roche Diagnostics India has announced the launch of its antibody test SARS-CoV-2 test-Elecsys Anti-SARS-CoV-2 S. The test is CE IVD approved and has received ICMR and CDSCO approval in India. It is an in vitro test, that quantifies antibodies against the receptor-binding domain (RBD) of spike (S) protein SARS-CoV-2 in human serum and plasma, and determines the body’s immune response to the virus.

The Elecsys Anti-SARS-CoV-2 S targets antibodies, which are directed against the particular region of the viral spike protein responsible for binding to the host cell receptor, which is required for the virus to enter the host cell.

Narendra Varde, Managing Director, Roche Diagnostics India, said, “The newest antibody solution, Elecsys Anti-SARS-CoV-2 S, will not only give a ‘positive’ or ‘negative’ result, but also will provide a numerical result to indicate the concentration of SARS-CoV-2 specific antibodies in the blood, further supporting the healthcare systems and patients as we jointly fight COVID-19.”

Dr Sandeep Sewlikar, Head of Medical & Scientific Affairs, Roche Diagnostics India, pointed out the need for an antibody test for India by stating: “The test has both a high clinical specificity of 99.98% (N=5991) and sensitivity of 98.8% (N=1423), 14 days or later after diagnosis with PCR. The result is provided in the form of an antibody concentration (U/mL).

The Elecsys Anti-SARS-CoV-2 S immunoassay runs on Roche’s widely available cobas e analysers, and these fully automated systems can provide SARS-Cov-2 test results in approximately 18 minutes for one test, with a test throughput of up to 300 tests/hour, depending on the analyser.