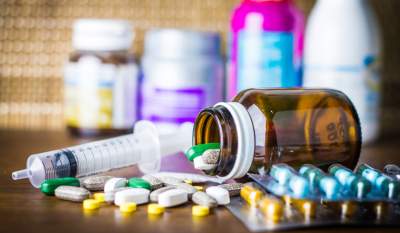 CSIR-NCL has identified 8-10 drug intermediates and KSMs from the essential medicines list for strategic reasons posed by the COVID-19 crisis and possible shortage of raw materials.

Continuous flow synthesis with minimal or no solvent use, process optimization and reaction engineering, the areas in which CSIR-NCL has prior experience and expertise, will bring down the production cost.

In addition to cost economics, minimal chemicals, process safety, and environment friendly, the biggest advantage of multi-step continuous flow technology is that the production can be carried out on smaller scale in a distributed model at several locations, a factor which will be important in the medical emergency situation facing the country.

Various KSMs of important drug intermediates identified by CSIR-NCL are:

Apart from chemical synthesis routes to abovementioned drugs and pharmaceuticals, several essential and important drugs such as penicillins, cephalosporins, tetracycline and streptomycin drugs class, as well as steroids and vitamins are manufactured using microbial and fermentation-based routes using microbes and enzymatic catalysis.

Penicillin-G (Pen-G), 6-amino-penicillanic acid (6-APA) and 7-amino-cephalosporonic acid (7-ACA) building block chemicals together add up to about 15,000 tons of imports into India. Toward Penicillin intermediate production CSIR-NCL is working on a basic research program for discovery of indigenous biological strains and cultures to synthesize Pen intermediates. Out of 300 strains, a high throughput screen is set up to identify the high production cultures, which will be genetically modified to meet the requirements for commercialization.

In a bottom up approach, metabolic engineering and synthetic biology methods are directed to build optimal microbial and biochemical routes for important pharmaceutical intermediates. The major challenges in this approach are to achieve higher titter for the product yield per fermentation batch in short reaction times and recycle of the enzymes and microbial strains.

CSIR-NCL R&D roadmap aims at enabling the industry to accelerate domestic production using innovative and economical processes under the Government scheme for distributed pharma hubs in the country.