PM dedicates All India Institute of Ayurveda to the nation

He asserted that nations cannot progress unless they value and cherish their history and heritage. Those nations who leave their heritage behind, are destined to lose their identity 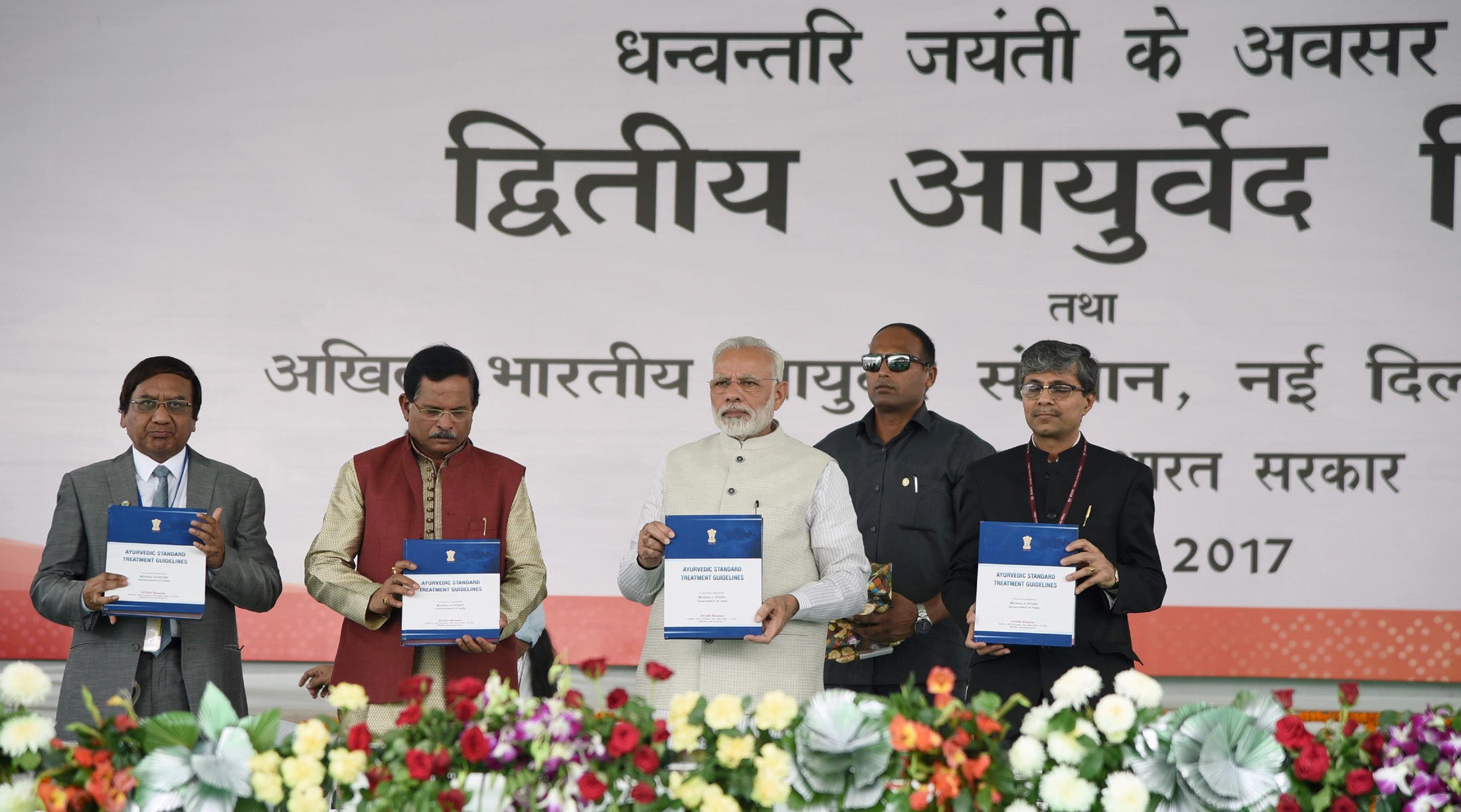 On the occasion of 2nd Ayurveda Day, Narendra Modi, The Prime Minister today dedicated the All India Institute of Ayurveda, in New Delhi, to the nation.

Speaking on this occasion he congratulated the gathering on the celebration of Dhanvantari Jayanti as Ayurveda Divas and complimented the Ministry of AYUSH for the establishment of the All India Institute of Ayurveda.

He asserted that nations cannot progress unless they value and cherish their history and heritage. Those nations who leave their heritage behind, are destined to lose their identity, he added.

Modi said, “When India was not independent, its knowledge, and its traditions such as Yoga and Ayurveda were belittled. Attempts were even made to reduce the faith that Indians had on them, he added. He said that in the last three years, this situation has changed to quite an extent; and the faith of the people is being restored in the best of our heritage. The pride in our heritage is reflected in the way people gather for Ayurveda Day or Yoga Day.”

“Ayurveda is not just a medical practice, but encompasses public health and environment health as well. That is why the Government has laid stress on integrating Ayurveda, Yoga and other AYUSH systems into the public healthcare system. The Government is working towards establishing an Ayurveda hospital in every district of the country. More than 65 AYUSH hospitals have been developed in the last three years.”

The Prime Minister said that herbal and medicinal plants can be a significant source of income, globally, and India should leverage its capabilities in this regard. He said the Union Government has approved 100 percent FDI in healthcare systems.

He also highlighted that Companions, Ayurveda is not just a medical practice. Within its scope there are many topics like social health, public health, environmental health etc. Understanding this requirement, the government is focusing on the integration of Ayurveda, Yoga and other public healthcare systems of AYUSH systems. The government has kept AYUSH in its four priority areas. Along with forming a separate ministry, we have laid out comprehensive rules for the integration of health services and AYUSH systems and guidelines, while creating National Health Policy.

Quality Ayurvedic education also requires a lot of attention. Rather it should be scaled up further. Like Panchkarma Therapist, Ayurvedic Dietician, Paralysis Analyst, Ayurveda Pharmacist, Ayurveda's full supporting chain should also be developed.

Prime Minister also urged all the companies and private sector in the country to come forward as well as for allopathic based large hospitals, as well as for yoga and Ayurveda. Apply some of your corporate social responsibility, ie CSR fund to Ayurveda and Yoga.

"We have been practicing Ayurveda, we shall survive Ayurveda and we will have" to Ayurveda

The Prime Minister said, "New AIIMS are being established to help the people get better access to healthcare. He mentioned measures such as capping prices of stents and knee implants; and establishment of Jan Aushadhi Kendras for providing medicines at affordable prices."