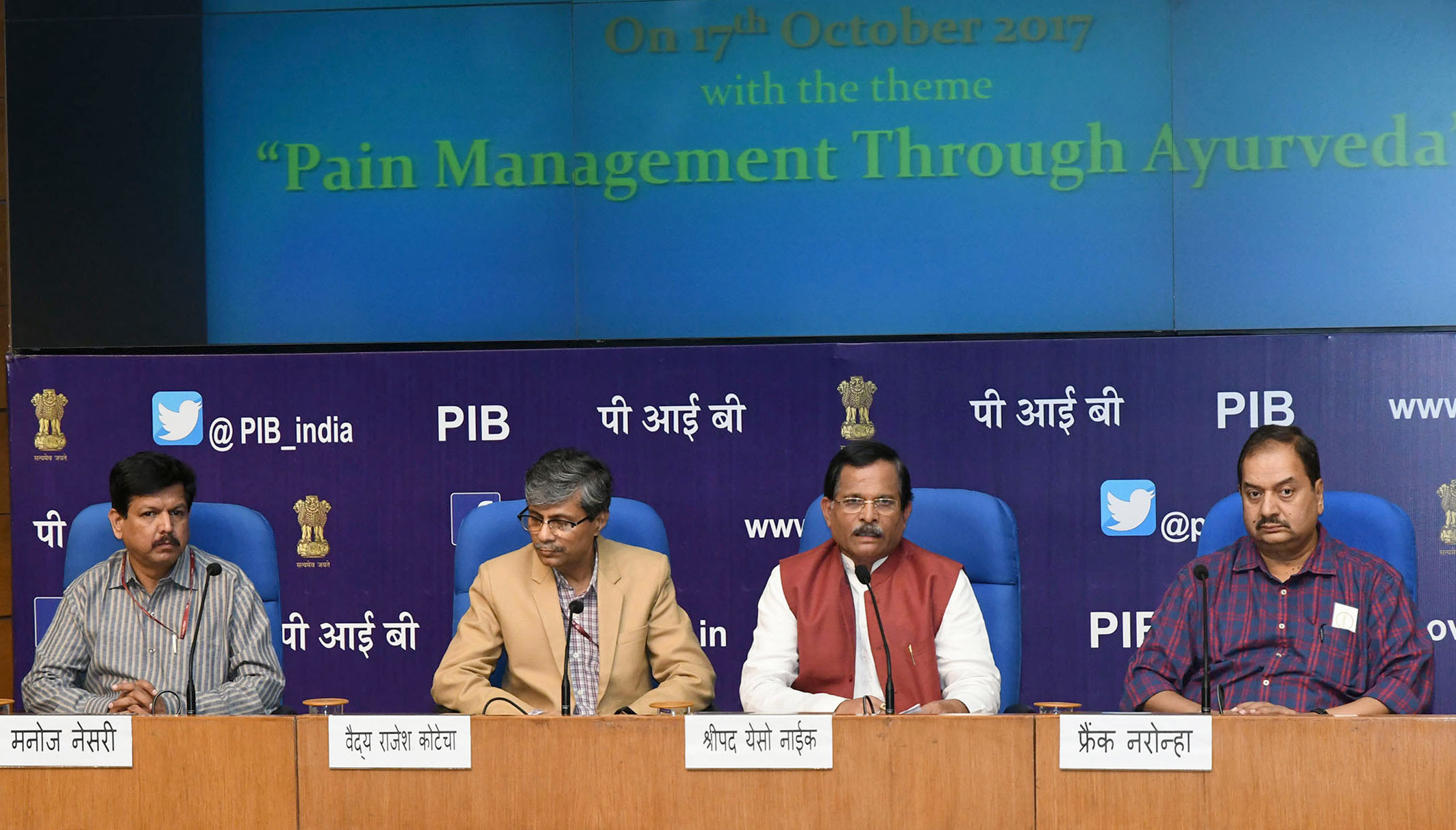 India will get its first ever All India Institute of Ayurveda (AIIA)on Ayurveda Day on 17th October, 2017.

This institute has been set up along the lines of AIIMS. This apex institute under the Ministry of AYUSH will bring synergy between the traditional wisdom of Ayurveda and modern diagnostic tools and technology.

Shripad Yesso Naik at a press conferences in New Delhi said, “Within the short duration of its establishment, AIIA has gained a wide national and International recognition. It has started working to facilitate quality patient care, research and bridging the gaps in the scientific information about quality, safety and efficacy of Ayurveda products and developing benchmarks of Ayurvedic education, research and healthcare.”

In the first phase, the AIIA has been set up within a total campus area of 10.015 acres with a budget of Rs.157 Crores. It has an NABH Accredited Hospital and an Academic Block. Out Patient Services are being provided in the hospital block of AIIA and medicines are given free of cost. Currently, the clinical specialties running in the hospital block are Neurological & Degenerative Disease Care Unit, Rheumatology & Musculoskeletal Care Unit, Diabetes & Metabolic/Allergic Disorders Care Unit, Yoga, Panchakarma Clinic, Kriya Kalpa, Diabetic Retinopathy Clinic, Kshara Evum Anushastra Karma and Infertility Clinic. It also has pathology, biochemistry, microbiology and Radiology laboratories/Diagonosis facilities. The indoor patient department has provision for 200 beds”, he added.

Giving more details, the AYUSH Minister said that, “The Post Graduate programme (MD/MS) in Ayurveda at AIIA started from the academic session 2016-17 and the Ph.D courses started from the session 2017-18. The AIIA has been awarded with NABH Accreditation, therefore becoming the first medical institute under the Ministry of AYUSH to hold the coveted status provided for its clinical services. The AIIA has already signed MoU with NICPR- Noida (ICMR), AIIMS New Delhi, MDNIY and EAA (Germany). It has developed standard treatment guidelines for diabetes and SOP for various procedures.”

This year, Second Ayurveda Day will be organised at the All India Institute of Ayurveda (AIIA), Sarita Vihar, New Delhi.

The Prime Minister of India will be the chief Guest of the function and will dedicate the AIIA to the Nation. The “Ayurvedic Standard Treatment Guidelines” developed by the Ministry will also be released on this occasion.