The Minister marked the occasion by planting a tree and naming the building, Atal Anusandhan Bhawan 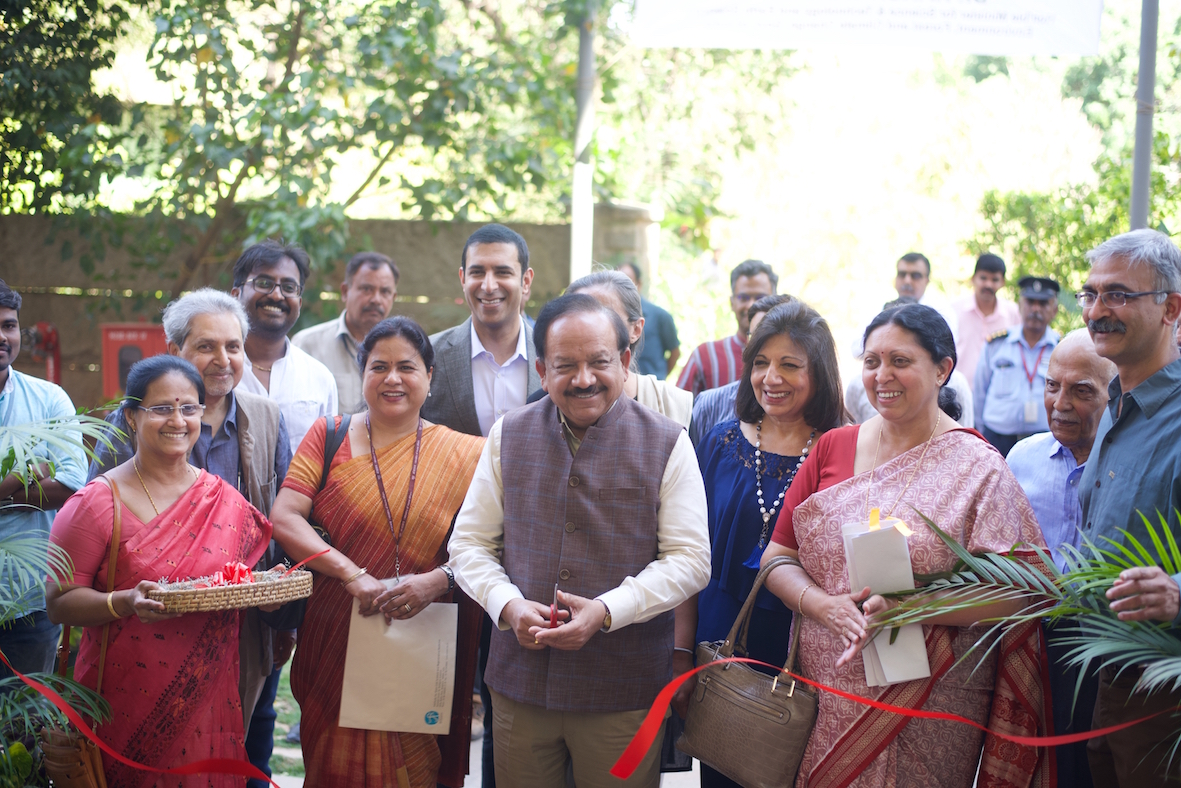 The Minister marked the occasion by planting a tree and naming the building, Atal Anusandhan Bhawan. The Minister accompanied by scientists from the three institutes of the Bangalore Life Sciences Cluster and visitors, toured the National CryoEM Laboratory Facility,  Stem Cell facility, and other inStem laboratories where students presented their posters to him.

This was followed by an inaugural ceremony, beginning with a welcome address by Dr Apurva Sarin, Director inStem, who spoke about the vision and growth of the institute in the past 10 years.  Dr Renu Swarup, who spoke about the evolution of research at inStem, and Dr Harsh Vardhan offered a promise on the government's behalf toward furthering science, technology and the pursuit of knowledge. Dr Alka Sharma, Scientist G at the Department of Biotechnology ended the session with a vote of thanks.  This was followed by a  press conference where the minister along with Drs.  Swarup, Sarin and Sharma fielded questions about the role of biotechnology and stem cell science in India and abroad.

inStem focuses on collaborative research with a cross-disciplinary, collaborative approach with a thematic focus. Research at inStem, encompasses a wide range of topics in stem cell biology: from questions about the fundamental mechanisms that control differentiation and renewal, to clinical studies on blood and brain disorders with a focus on mental illness and intellectual disorders