The invention must tackle the issues faced by the disadvantaged resource-poor people in India and supply an initial and implementable alternative. 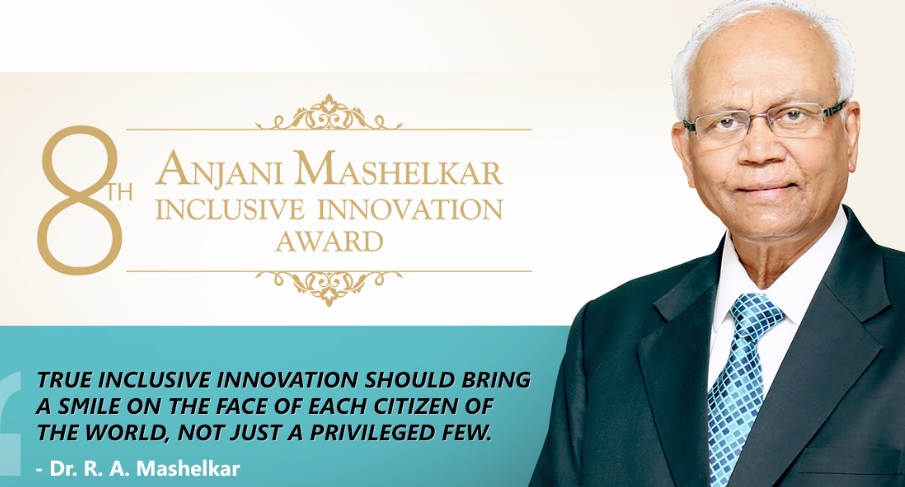 The Anjani Mashelkar Inclusive Innovation Award is an yearly award of Rs. 1 lakh given to an individual or an organisation to get a notion, model or a commercialized solution, service and company model. The invention must tackle the issues faced by the disadvantaged resource-poor people in India and supply an initial and implementable alternative.

This award presents a chance to spur and gas creation to the sake of their most disadvantaged segments of society to be able to’incorporate’ them to the mainstream. Additionally, it has another equally important goal: to sensitize innovators concerning the issues confronted by such segments of society- like the resource poor older individuals.

The deadline for submitting the applications is 20th august 2018.

The awardees will rather be people who think in not only ’best practices’, but ’next practices’. Above all, it is going to value alternatives that signify ’cheap excellence’, breaking the myth that ’affordability’ and ’excellence’ can’t go together. Since the award grows in prestige and profits national recognition, it is going to endeavour to leverage assistance to the innovator from several other public and private sector organizations.