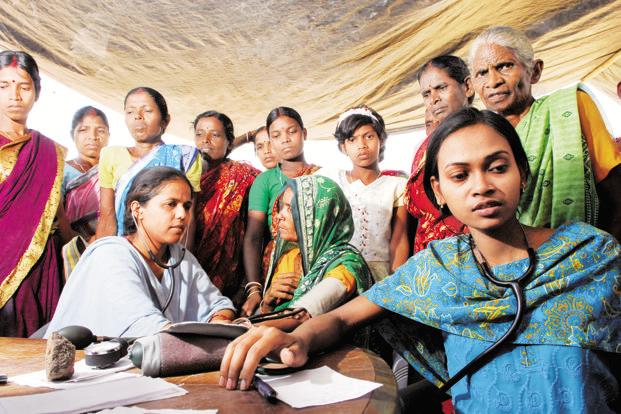 The study, titled 'Universal Health Coverage-Pilot in Tamil Nadu: Has it delivered what was expected?' - was undertaken by Centre for Technology and Policy, Department of Humanities and Social Sciences, IIT Madras. It has been submitted to the Department of Health and Family Welfare, Government of Tamil Nadu.

The UHC-pilot was launched in early 2017 in Tamil Nadu in Shoolagiri Block (of Krishnagiri HUD), Viralimalai Block (of Pudukkottai HUD) and Veppur Block (of Perambalur HUD). Strengthening the primary health care service was the first step in the design and rolling out of UHC-pilot. As a result, Health Sub-Centres (HSCs), which are the closest delivery points to the community have logically become the building blocks of the UHC in Tamil Nadu.

After the implementation of UHC Pilot, the HSCs now account for 17.8% of all OPs in Shoolagiri Block, 14.8% in Viralimalai Block, and 23.1% in Veppur Block, respectively; in all three blocks, HSCs accounted for less than 1% of all OPs during pre-UHC pilot.

Speaking about the Research Project, Prof V.R. Muraleedharan, Department of Humanities and Social Sciences, IIT Madras, said, “To the best of my knowledge about health sector in India, this is perhaps the first time we have a robust survey on both household health seeeking behaviour and facility based utilization before and after intervention any public health intervention”.

This report attempted to answer the following two questions:

Prof Muraleedharan said, "The report provides unambiguous evidence in support of increased access to HSCs, diversion of patients from higher level public facilities, diversion of patients from private hospitals, significant reduction in OOPE for patients seeking care from both public and private facilities, and significantly lower cost of provision of OP care per visit in pilot HSCs, than when they are provided at higher levels of public facilities.”

The Report further states: "With careful nurturing (by way of good training programmes) without hurrying the VHNs to “perform” and “show” results, by allowing them to mature over time, along with careful efforts to “integrate HSCs with PHC/CHC” as is already happening with the “hub and spoke” model being used for laboratory tests (between PHCs and CHCs), and complementary human resources, with strict enforcement of population norms (in order that VHNs do not get overwhelmed with excessive load), the current VHN based UHC pilot for providing comprehensive primary care services as envisaged by GoI through Health and Wellness Centres (HWCs) , is likely to become a reality. There are clear signs of commitment at all levels, bureaucratic and political. We need more time to pursue the pilot and also to scale progressively. Access and financial burden on the poor for primary care need immediate attention."