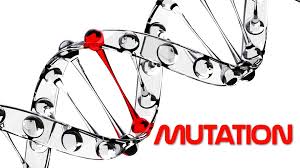 Scientists discovered how a gene mutation affects T cell function to promote immune disorders and then tested a treatment based on the discovery.

It is done by successfully fixing donated immune cells from a 16-year-old boy with an abnormally low level of white blood cells called lymphopenia.

The discovery centers on mutation of the gene Gimap5, which is important to the healthy formation and function of CD4+ T cells, one of the immune system's super soldiers against infection and disease.

Gimap5, the protein associated with the Gimap5 gene, is important because it regulates a protein that inactivates an enzyme called GSK3b.

If GSK3b isn't inactivated it causes DNA damage in T cells that are expanding, causing the cells to not survive or function correctly.

Immune deficiency diseases decrease the body's ability to fight infection, while autoimmunity prompts the body to attack its own tissues.

Both are common causes of illness and malfunctioning T cells are linked to both.

Hoebe led the study together with Andrew Patterson, a PhD student in Hoebe's lab, and Jack Bleesing, MD, PhD in the Division of Bone Marrow Transplantation and Immune Deficiency.