For excellence in pioneering the Cochlear implant surgery 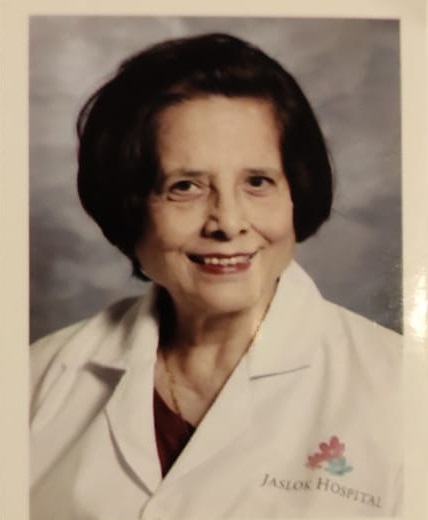 Almost one percent of the country’s population—a whopping 18 million people—has hearing disability. As an ENT Head, Neck and Cochlear implant surgeon, Dr Sandra Desa Souza has seen how severely this disability can affect lives, and that is why she has worked tirelessly for over 50 years to give back the gift of hearing to thousands of patients across the country.

In honour of her life-changing achievements in the field, the 76-year-old surgeon was recently awarded India’s fourth highest civilian award, the Padma Shri. The award is the latest in the list of recognitions for this trailblazer, who is considered the pioneer of cochlear implant surgery in India and Asia.

When she performed the first ever cochlear implant surgery at Jaslok Hospital in 1987, she became the first woman in the world to perform this surgery! The feat also won her a mention in the Limca Book Of Records. She was also the first surgeon in India to use implants in an abnormal cochlea, and the first surgeon to operate on the youngest hearing-impaired child and the oldest patient with the disability.

Dr. Desa Souza has performed over 2,000 surgeries, at Jaslok, Breach Candy and Desa Hospital. Since 2002, she has been running a cochlear implant surgery programme for underprivileged children with the support of Dr Dillon Souza, cochlear implant surgeon at Jaslok hospital. The programme is funded by various charities and enables hearing-impaired children from Maharashtra and across India to undergo surgery, rehabilitation and long term follow-up.

Over several decades of practice, she has attended various national and international conferences, lectures and workshops, and constantly updated her knowledge on sinuscopy, cochlea implants and lasers. This has enabled her to perform the complex surgery using newer, better, technologically advanced and more effective cochlear implants from countries such as Australia, Austria, France and the US. She also holds the distinction of being the first Indian Fellow of the American Otological Society.

She is on the editorial board of the International Tinnitus Journal and has published over 40 research papers and articles, written two booklets, and is the co-author and publisher of a textbook titled ‘Modern Concept of Neurotology’.