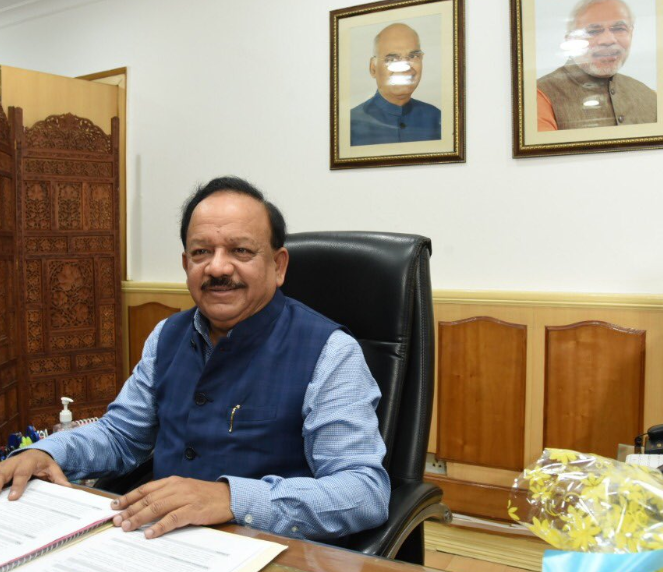 Dr Harsh Vardhan has been appointed as the Minister of Health and Family Welfare, Minister of Science and Technology and Minister of Earth Sciences. Jagat Prakash Nadda had held the portfolio in the health cabinet before.

A major pioneering initiative of Dr Harsh Vardhan was his act of implementing WHO’s Essential Drug Programme, which revolutionised governments’ attitudes on public health care. Under the concept, maximum budgetary outlay was apportioned to those drugs most needed by the people.

His life-long commitment to polio eradication continues notwithstanding his being in power or not. To this end, he also served the South-East Asia office of World Health Organisation (WHO) as an Advisor. He is the first Indian to have been nominated to the prestigious WHO body, the Strategic Advisory Group of Experts (SAGE), in which capacity he counseled the international body on developing policies on vaccines and biologicals. Apart from this, he has served on the Global Technical Consultative Group and the Technical Consultative Group of the South East Asia region for polio eradication. This is the highest body of WHO dedicated to the elimination of polio.