Earlier this year, Victoria had released their India Strategy setting out the state’s vision to be a valued knowledge and business partner to India with a focus on key sectors including biotechnology and education. 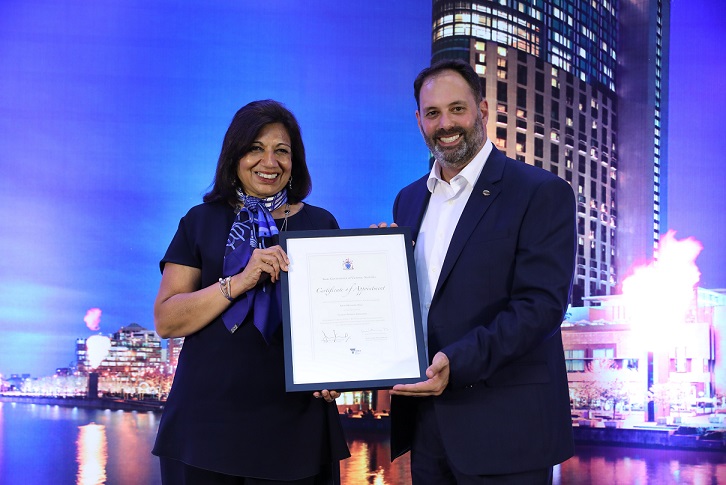 The Australian state of Victoria has launched a drive to strengthen its trade and investment ties with India with the appointment of Dr Kiran Mazumdar-Shaw, chairperson and managing director of Biocon Limited as the Victorian Business Ambassador.

Earlier this year, Victoria had released their India Strategy setting out the state’s vision to be a valued knowledge and business partner to India with a focus on key sectors including biotechnology and education.

Victoria’s Minister for Trade and Investment Philip Dalidakis met Dr Mazumdar-Shaw in Bangalore to mark her appointment as the Victorian Business Ambassador.

According to a press release, their meeting was followed by an event at Taj West End Bangalore attended by Victorian alumni, Victorian businesses in Bangalore and stakeholders. Minister Dalidakis was accompanied by a delegation of business representatives from Victoria’s sports technology industry.

Dr Mazumdar-Shaw has strong ties to Victoria, having graduated from Ballarat College in 1975 with a Master’s degree in malting and brewing. She also worked as a trainee brewer at Melbourne’s Carlton & United Breweries. Her studies in Victoria sowed the seeds for a career in biotech and her in-depth knowledge of fermentation science helped her build Biocon, India’s largest biopharmaceutical enterprise.

Among her many notable commemorations is her appointment as the first ever woman head of the board of governors of the Indian Institute of Management Bangalore (IIMB) in 2014. She also holds the prestigious Othmer Gold Medal for her outstanding contributions in science and chemistry, conferred by Chemical Heritage Foundation, USA. In 2015, Federation University Australia in Ballarat even named a road in its Mt Helen campus in her honour – Mazumdar Drive.

Victoria is Australia’s ideas capital and is renowned for its highly skilled workforce and culture of innovation with universities and research institutes that are ranked among the world’s best.

The state is a leader in medical technologies and pharmaceuticals with globally renowned researchers who have delivered life-changing innovations like the bionic ear.

This vibrant industry generates more than $12.7 billion in revenue a year and features institutions like Monash University, ranked second in the world for pharmacy and pharmaceuticals.

Building on the ongoing collaborations between Victoria and India, the Victorian Government sees great opportunities to work together with India on its ambitious agenda for the National Health Plan 2017.

Dr Mazumdar-Shaw’s appointment was announced by Victoria’s Premier Daniel Andrews on a visit earlier this year.

“Victoria is honoured to have Kiran Mazumdar-Shaw as a business ambassador for our state and we are excited to work with her towards strengthening the state’s relationship with India. We look forward to forging new trade and investment partnerships in sectors like health, ICT, medical technology and pharmaceuticals that will benefit both the states,” said Minister for Trade and Investment Philip Dalidakis.

“Victoria deeply values its strong cultural, social and economic relationship with India and, with our India Strategy, we are making a long-term commitment to deepen those connections and to become a valued knowledge and business partner,”  he further added.

“It is indeed an honour to be appointed as the Victorian Business Ambassador. In my new role, I look forward to promote collaborative and synergistic initiatives among academia, industry and government agencies of Victoria and India, which share compelling business and bilateral interests. There is a unique opportunity to combine Victoria's renowned culture of innovation with India's low cost innovation paradigm in developing and manufacturing cutting-edge technologies that can make global impact,” said Dr. Kiran Mazumdar-Shaw .