The new, €100 million commercial facility is expected to open next year 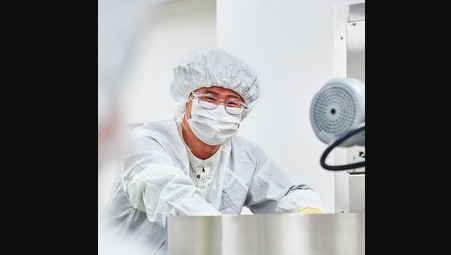 Merck, a leading science and technology company, has announced a second Carlsbad, California, U.S.A.-based facility for its BioReliance® viral and gene therapy service offering. The new, €100 million commercial facility is expected to open next year.

"Viral vector manufacturing has transitioned from a niche industry to the cornerstone of the future of biopharmaceuticals," said Udit Batra, member of the Merck Executive Board and CEO, Life Science. "Few companies have the scale and quality systems in place for manufacturing commercial viral vector products. Building on our success in helping customers commercialize their gene therapies made possible by viral vectors, our expansion will help innovators produce at a scale that ensures these therapies reach more patients in need."

Merck's Life Science business sector facility in Carlsbad manufactures gene therapies for its customers globally. Gene therapy involves the delivery of a genetic payload into patient cells to produce a therapeutic effect such as correction of a mutated gene or retargeting of an immune cell to fight cancer. Diseases such as hemophilia and cancer are being investigated using this technique where a single dose may cure the disease. Viral vectors are often called the most complex therapeutic manufactured today. The gene therapy market, which accounted for $1 billion in 2018, is expected to reach $10 billion by 2026, according to a recent Biotech Forecasts global market analysis and industry forecast.

This expansion underscores Merck's continued investment in viral and gene therapies from clinical to commercial scale and marks the second major investment at its Carlsbad facility in recent years. In 2016, the investments resulted in nearly doubling its former production capacity. The upgraded facility grew from 44,000 square feet to 65,000 square feet. Today, the Carlsbad site is home to 16 modular viral bulk manufacturing cleanroom suites with single-use equipment and two fill/finish suites for gene therapy, viral vaccine and immunotherapy products. With the expansion, the company will add 11 suites, bringing the total to 27, used in various steps of manufacturing.