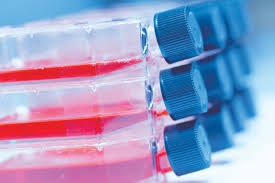 Lonza has further expanded its cell culture media portfolio with the addition of the eCHO™ Basal Medium and Feed, which has been designed to optimize protein production by delivering a consistent yield and highly viable cells while keeping lactate levels to a minimum for optimal protein integrity. Researchers working in the manufacture of recombinant proteins for medical use can now benefit from this new serum-free, chemically defined, hydrolysate-free and non-animal origin medium to advance cell proliferation and enhance productivity.

Chinese hamster ovary (CHO) cells are commonly used in the manufacture of biotherapeutics, such as monoclonal antibodies, complex glycoproteins and biosimilars. To facilitate the growth of healthy and viable CHO cell cultures for subsequent protein production, it is of utmost importance to use a high-quality medium. However, the lactate typically generated in the course of protein production can have a profound impact on protein integrity, leading to irreproducible, unreliable and misleading results, and even product failure. Furthermore, the clogging of the filters of protein purification systems and the associated product loss are among the most common challenges facing laboratories, and they can severely limit yield.

Lonza’s eCHO™ Medium has been specifically developed to address these challenges. Combining basal and feed medium each as a one powder product, the eCHO™ Medium enhances late-stage cell viability, accelerating protein purification and allowing for the production of a consistently increased amount of proteins per cell. By minimizing the generation of lactate, the medium also safeguards the integrity of proteins, considerably improving post-translational modifications.

The eCHO™ Medium is available in both liquid and powder formats to suit varying application throughput needs. Contrary to other similar media available on the market, the powder consists of a single component, minimizing preparation time for rapid and simplified production scale-up. Additionally, the cost-effective components used to produce the eCHO™ Medium mean that researchers can further benefit from a product that is reasonably priced.