Researchers at the German Center for Diabetes Research in Tübingen, have found that insulin in the brain may help regulate the hunger sensation and improve functional connectivity in the default-mode network (DMN), as well as in the hippocampus and hypothalamus. 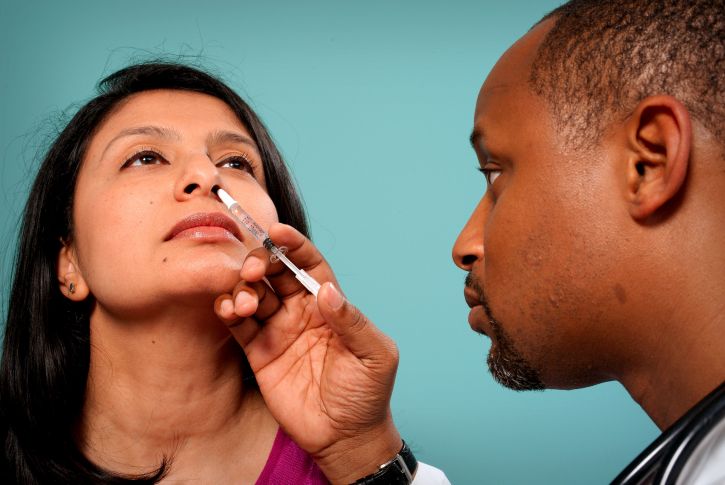 A key role is played by insulin in the eating behavior and the subjective feeling of hunger. It was previously known that insulin acts on the regions of hypothalamus. However, scientists have found that the hormone is also active in other brain regions. Researchers at the Institute for Diabetes Research and Metabolic Diseases of Helmholtz Zentrum München at the University of Tübingen, have further deciphered the function of insulin in the brain as well as its influence on the subjective feeling of hunger and have published their findings in Scientific Reports, a Nature research journal.

To better understand the mechanism of action of insulin, the researchers administered insulin intranasally to healthy young adults. Through the application of the hormone via a nasal spray, the blood-brain barrier was bypassed and the insulin reached the brain directly. In the study, 25 lean, 10 overweight and 12 obese participants "sniffed" insulin or the placebo. Brain activity was then visualized and recorded by means of a functional magnetic resonance imaging (fMRI) scan. In all study participants, intranasal insulin was found to improve functional connectivity in the prefrontal regions of the default-mode network (DMN), a group of brain regions that are activated when a person is at rest and is not performing any tasks. This region is central to cognitive processes. In addition, the functional connectivity between the DMN, the hippocampus and the hypothalamus is strengthened.

These changes in the brain also influence eating behavior and alter the relationship between adiposity and the hunger sensation. Actually, people with a lot of visceral adipose tissue have an increased sensation of hunger. The study participants felt less hunger after being administered intranasal insulin. In addition, the scientists observed that insulin in the brain due to increased functional connectivity between cognitive and homeostatic regions may help regulate eating behavior and facilitate weight loss.