The researchers carried out genome sequencing to understand the genetic make-up of virus. The researchers travelled 2,000 km across the northeast Brazil in June last year in a minibus equipped with cutting-edge mobile DNA sequencing capabilities and tested samples from more than 1,300 patients infected with the virus. 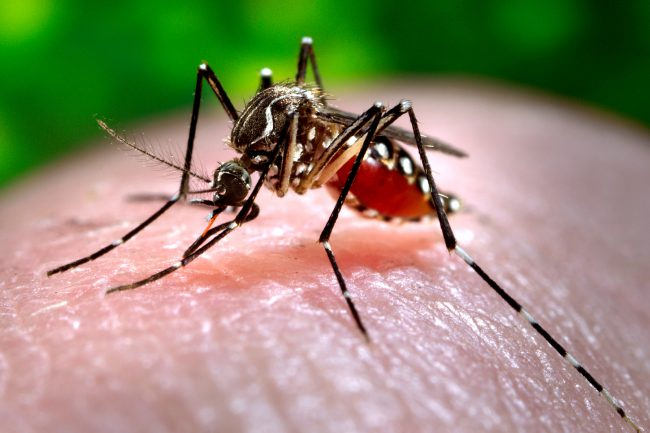 The research led by the Universities of Birmingham and Oxford in partnership with FioCruz Bahia, the University of Sao Paulo with the support of the Brazilian Ministry of Health, has found how Zika spread through space and time. This has provided a new understanding of the disease.

By carrying out genome sequencing to understand the virus’ genetic make-up, the team was able to track the spread of the virus across Brazil. The study showed that Zika’s establishment within Brazil - and its spread from there to other regions - occurred before Zika transmission in the Americas was first discovered. By revealing this ‘hidden’ epidemic, the results will help scientists to better understand the link between the Zika epidemic and reports of birth defects and other diseases.

According to a news release by the University of Oxford, the researchers travelled 2,000 km across the northeast Brazil in June last year in a minibus equipped with cutting-edge mobile DNA sequencing capabilities and tested samples from more than 1,300 patients infected with the virus.

Dr. Nuno Faria, of the University of Oxford’s Department of Zoology, said: 'Despite there being probably millions of cases of the Zika virus in Brazil, there was only a handful of known virus genomes prior to our work. A better understanding of Zika virus’ genetic diversity is critical to vaccine design, and also to identify areas where surveillance is most needed'.
Professor Oliver Pybus, also of the University of Oxford’s Department of Zoology said 'We generated Zika virus genomes to establish the virus’ epidemic history in the Americas. We showed that the virus was present in Brazil for a full year prior to the first confirmed cases in May 2015.

'We also found that northeast Brazil, which was the region with the most recorded cases of Zika and microcephaly, was the nexus of the epidemic in Brazil and played a key role in its spread within Brazil to major urban centres, such as Rio de Janeiro and São Paulo, before spreading across the Americas. We now have a better understanding of the epidemiology of the virus.'

During the genome sequencing journey that travelled across Brazil, the researchers used the portable MinION DNA sequencer from the company Oxford Nanopore Technologies, which started as an Oxford University spinout company. The portable device weighs less than 100g and is powered by the USB port of a laptop, so is ideal for cross-country fieldwork.

Prof Nick Loman, of the University of Birmingham’s School of Biosciences, said: “Genome sequencing has become a powerful tool for studying emerging infectious diseases, however, genome sequencing directly from clinical samples without isolation remains challenging for viruses such as Zika.

"We developed a new protocol that allows for real-time genomic sequencing – something of vital importance when managing viral outbreaks as it can provide real insight into how a virus is spreading, transmitting and evolving. What’s more, using equipment like portable nanopore sequencing we were able to carry out emergency epidemiological research more quickly, to get immediate results when working in the field, as on the road in Brazil. This new protocol will doubtless prove hugely beneficial to researchers working in remote areas around the world during times of viral outbreaks."

The research project was funded by the Medical Research Council’s Zika Rapid Response Initiative, USAID, and supported by the Wellcome Trust and the Newton Fund. It highlights the importance of creating trusted cross-institutional partnerships and sharing data openly during disease focused research fieldwork.

What is next? Prof Luiz Alcantara from FioCruz Bahia, Brazil hints that: 'The project is now expanding to other geographic areas in Brazil, where we are tackling not only Zika virus but also dengue and chikungunya viruses, as well as the very recent ongoing yellow fever epidemics. The threat posed from viruses transmitted by mosquitos in Brazil is severe and there is a pressing need to better understand their epidemiology in order to prevent their spread.'

As part of a co-operative international effort to share valuable data and results, the report was published together with two companion papers on the genetics and evolution of the Zika virus epidemic. Zika remains a significant public health threat and the research highlights a need for continued research and surveillance of Zika and other mosquito-transmitted viruses in Brazil. Together, the papers paint a collective picture of the scale of impact of Zika, offering potential recommendations for future rapid detection and control of virus epidemics.