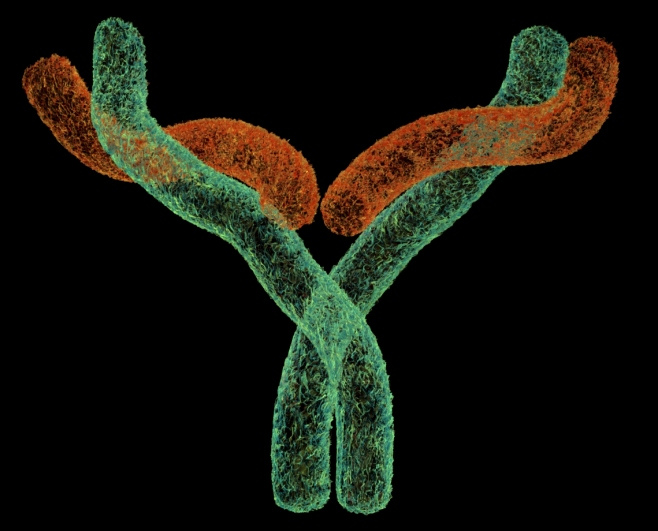 The researchers from Perelman School of Medicine at the University of Pennsylvania have found a new strategy, an injectable antibody for lowering blood lipids and thereby potentially preventing coronary artery disease and other conditions caused by the build-up of fats, cholesterol, and other substances on the artery walls.

In a release, it was noted that the new approach targets a protein called ANGPTL3, a regulator of enzymes that clear triglycerides and other fat molecules from the blood. Research in recent years has hinted that inherited mutations in the ANGPTL3 gene that disable its function can decrease triglyceride, LDL cholesterol and HDL cholesterol levels.

Researchers also included a human genetics study of approximately 188,000 people, which found that carriers of mutations that disable ANGPTL3 had nearly 40 percent fewer incidents of coronary artery disease as compared to those with fully functioning ANGPTL3.

“In the clinic, I treat many patients with very high triglycerides, but our current medications aren’t lowering triglycerides enough in many cases. I’m delighted at the prospect of a new treatment that’s a lot more potent, all the more because it lowers LDL at the same time,” said study co-author Richard L. Dunbar, MD, assistant professor of Cardiovascular Medicine and member of Penn’s Division of Translational Medicine and Human Genetics. “It’s very reassuring to see that people with this genetic defect actually seem to be protected from heart disease. I think that really bodes well for a therapeutic that’s targeting the ANGPTL3 pathway.”

The trial of research on ANGPTL3 as a potential target for atherosclerosis prevention began over a decade ago when scientists reported on two cases of familial hypolipidemia, a rare inherited condition involving abnormally low blood levels of cholesterol and triglycerides. Most cases of familial hypolipidemia are linked to other gene mutations that cause liver and digestive problems, but in members of this American family with the condition, Musunuru found mutations in the gene for ANGPTL3, and no associated health problems.

In the NEJM study from Dunbar and colleagues, the antibody had similar effects in an initial clinical trial in 83 people, lowering the blood levels of triglycerides measured after fasting by about 75 percent at the highest dose, and lowering LDL cholesterol by about 30 percent.
Statins and other drugs are already widely used to lower LDL cholesterol, but there are fewer options for lowering triglycerides. “For treating high triglyceride levels there’s really nothing out there that’s quite this potent, so that’s where I expect this new approach to have its greatest therapeutic benefit,” Dunbar said.

Hypertriglyceridemia, a condition in which fasting triglyceride levels are greater than 150 mg/dL, is estimated to affect at least tens of millions of American adults. It is associated with coronary artery disease and other forms of atherosclerosis, and can lead to potentially fatal inflammation of the pancreas.

In principle, the strategy of targeting ANGPTL3 could have an even broader use in treating atherosclerosis in the general population. The researchers found that in a mouse model of atherosclerosis, treatment with evinacumab reduced the area of atherosclerotic lesions by 39 percent.

The population study findings, including those from the JACC study, suggest that even the partial inactivation of ANGPTL3—carriers typically have one mutant copy of the gene and one working copy—may be powerfully protective against coronary artery disease, which has long been one of the leading causes of death in developed countries. In the JACC study, for example, carriers of inactivating ANGPTL3 mutations had only a 17 percent reduction in triglycerides on average. But that modest reduction was associated with a 34 percent reduction in coronary artery disease risk. Moreover, Musunuru and his colleagues found that the people in their sample with the lowest blood levels of ANGPTL3 had a 35 percent lower rate of heart attacks compared to those with the highest ANGPTL3 levels.

Dunbar noted that the population study findings probably have lain to rest a lingering concern about targeting ANGPTL3, namely its effect in lowering not just LDL and triglycerides but also the so-called “good cholesterol,” known as HDL cholesterol. “If lowering HDL were a major concern, then I don’t think we would have seen the evidence of overall benefit that we did in this study,” he said.

The two studies together suggest that single copies of inactivating ANGPTL3 mutations are found in roughly one of every 250 people of European descent, whereas people with mutations in both copies of the gene—as in the family studied by Musunuru and colleagues—are much rarer.

According to Dunbar, the next logical step would be to take evinacumab into larger clinical trials to study its safety, effectiveness, and optimal dosing. “The effect of even a single dose lasts for several months, and it’s plausible that with multiple doses we would see an even deeper and more sustained effect,” he said.