Chemists develop a technique for reducing toxic effects of cigarettes

The research team has discovered how to significantly lower the levels of these free oxygen radicals and thus markedly reduce the toxicity of cigarette smoke. 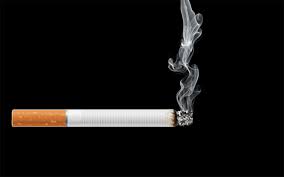 Chemists at Johannes Gutenberg University, Germany have developed a technique that reduces the toxic effects of commercially available cigarettes.

Tobacco smoke contains almost 12,000 different constituents. Among these are narcotoxic substances such as nicotine, blood toxins like cyanide and carbon monoxide, not to mention the various carcinogens.

The research team has discovered how to significantly lower the levels of these free oxygen radicals and thus markedly reduce the toxicity of cigarette smoke. This development could help not only to make the consumption of tobacco-based products somewhat less hazardous but it could also be extended to other areas in which reactive oxygen radicals are a problem.

Nature regulates the concentration of radicals by means of antioxidant enzymes such as superoxide dismutase (SOD), which plays a central role in the prevention of pathological processes, including tumor and cancer growth, inflammatory diseases, and stroke. The naturally occurring enzyme utilizes metals such as copper-zinc, nickel, iron, and manganese as reactive centers that cause oxygen radicals to decompose so that the organism is protected from their aggressive reactive behavior.

The team of chemists in Mainz is thus collaborating with the group headed by Professor Jürgen Brieger of the Mainz University Medical Center in order to determine whether it is possible to integrate functionalized copper hydroxide nanoparticles in cigarette filters and thus reduce levels of free radicals in smoke, hence providing smokers with greater protection against their toxic potential.