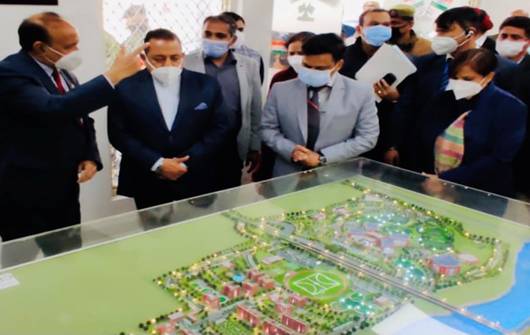 "IIIM Jammu is one of the oldest CSIR laboratories in the country and even today it is conducting pioneering research in Cannabis Medicinal Products and host of other drugs, which makes the institute a natural ally of the AIIMS which has also the mandate of research and medical education", said the Minister.

While appreciating the progress made during the brief period since Dr Shakti Gupta took over as the Director of AIIMS, Dr Jitendra Singh suggested that in order to develop an exclusive identity for the institution, the focus should be on futuristic areas like Digital Health and Artificial Intelligence (AI) and AIIMS could be a pioneer in North India in developing AI based healthcare infrastructure.