Funded by Sony Pictures Networks India, CREATE is developing Vibe and iGest for the hearing impaired and for persons with motor disabilities 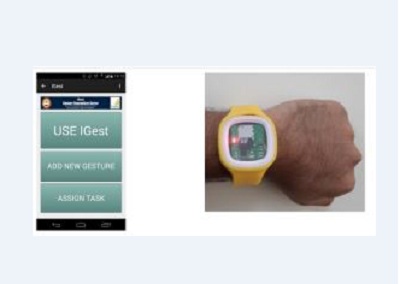 Indian Institute of Technology Madras (IIT-M) researchers are enhancing already-developed wearable devices with the latest technologies that will assist people with hearing impairment and motor disabilities to communicate independently and enhance their quality of life. These wearable sensors will include the latest sensor technologies used in the Internet of Things.

Sony Pictures Networks India (SPNI) is supporting these projects at IIT Madras through its CSR initiatives. The devices are being developed by the Centre for Rehabilitation Engineering and Assistive Technology (CREATE), multidisciplinary translational research and educational initiative of IIT Madras.

The two major projects being developed by CREATE are ‘Vibe’ and iGest’ for the hearing impaired and for persons with motor disabilities, respectively. Both devices are embedded systems that will bring the latest developments from IoT and ML to wearable assistive devices. Such wearable devices will have rechargeable batteries and communicate with a mobile phone over Bluetooth.

Vibe is a wearable device that vibrates for acoustic sounds around a person with a hearing impairment. Vibe features a multitude of sound patterns that are recognised using a microphone and voice recognition modules.