To accelerate medical and therapeutic discoveries for cancer, Alzheimer’s and Parkinson’s. 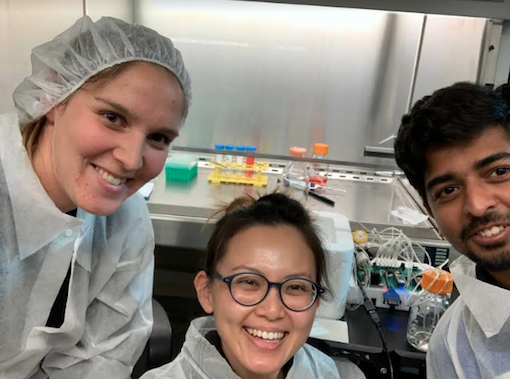 The objective was to observe the brain tissues while they grow and develop a technology that can potentially accelerate medical and therapeutic discoveries for diseases such as cancer and neurological disorders like Alzheimer’s and Parkinson’s.

A 3D printed micro-incubator and imaging chamber was made into a single palm-sized platform, which was successfully demonstrated for long-term human brain cells culture and real-time imaging.

This technology has been patented in India. The research team is exploring the feasibility of international collaborations. This project was taken up with the support of the Center for Computational Brain Research (CCBR) at IIT Madras for funding and Sur’s Lab at Massachusetts Institute of Technology (MIT), U.S., which guided the researchers.

Further elaborating on the applications of this technology, Ikram Khan S.I., IIT Madras Alum (MS Opto-Electronics, 2015–19) and CEO of ISMO Bio-Photonics, an IIT Madras-incubated startup, said, “Considering the importance of our micro-incubator in the field of healthcare and in the pharmaceutical industry, we are working through ISMO Bio-Photonics to develop a user-friendly minimum viable product, and raising seed grants for its further development. This will enable biologists or laboratory technicians to operate, control and monitor the growth of organoids with a user-friendly system powered by Artificial Intelligence-assisted automated cell culture protocols.”