Science must find solutions to diseases: Naidu at ISC 2019 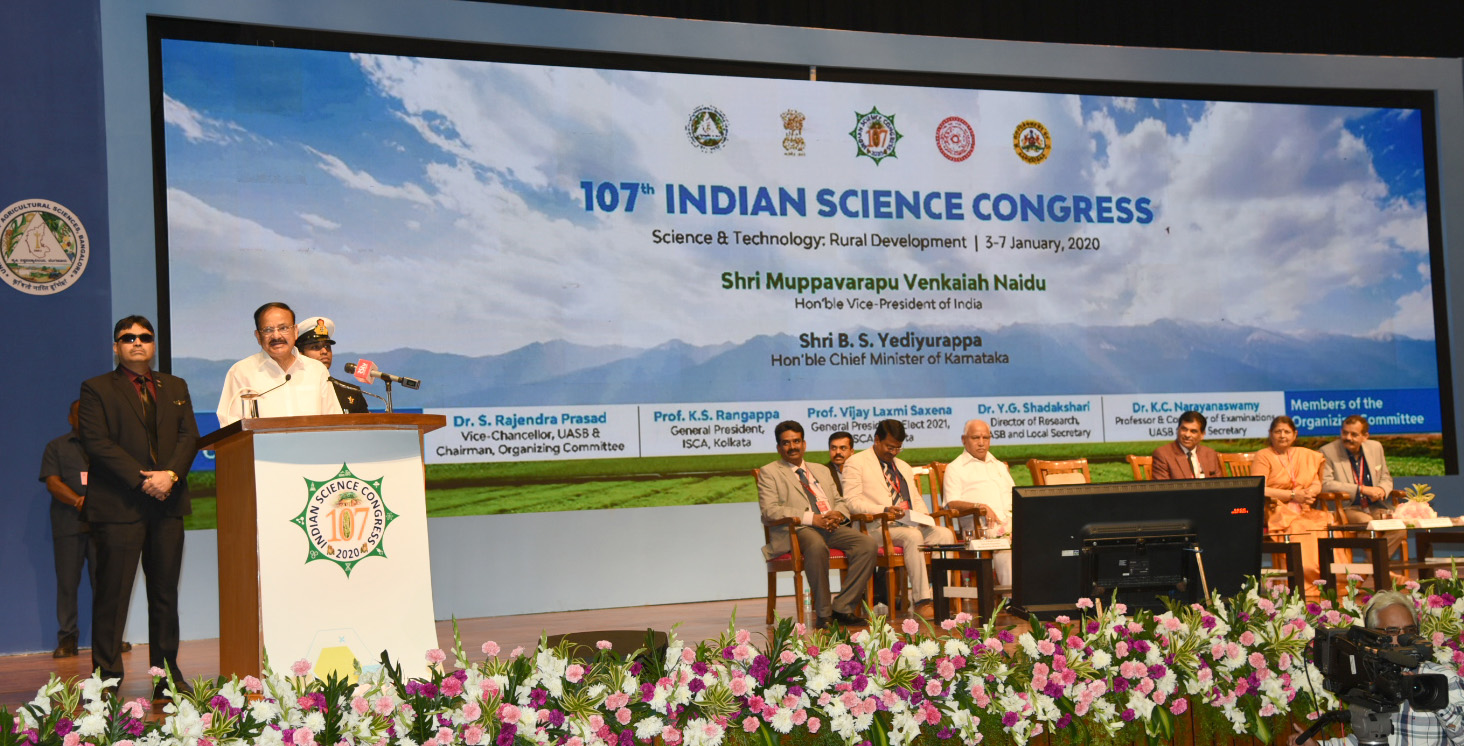 Delivering the Valedictory Speech at the 107th Indian Science Congress in Bengaluru on 7th January, the Vice President M Venkaiah Naidu urged the corporate India to develop a symbiotic partnership with the universities and to identify and fund a dozen futuristic projects.

The Vice President, while noting how technology was making our lives more comfortable, said that at the same time new challenges were arising. He said science must find solutions to problems like increasing urbanization, pollution, urban-rural divide, growing antibacterial resistance, genetic & non-communicable diseases and water scarcity, among others.

Urging schools to lay the foundation for the spread of a strong scientific culture in the country, he stressed that such a foundation would become the basis for creating an ecosystem for creativity and innovation to thrive.

Observing that there was a crying need for our universities and scientific institutions to promote R & D on a big scale, the Vice President called for expanding the academia-industry linkage to promote research and innovation in a big way. Technological innovation was a key driver in boosting economy, improving people’s lives and enabling better delivery of services he added.