A key attraction of the ISC which is ongoing till 7th January, is the Pride of India exhibition 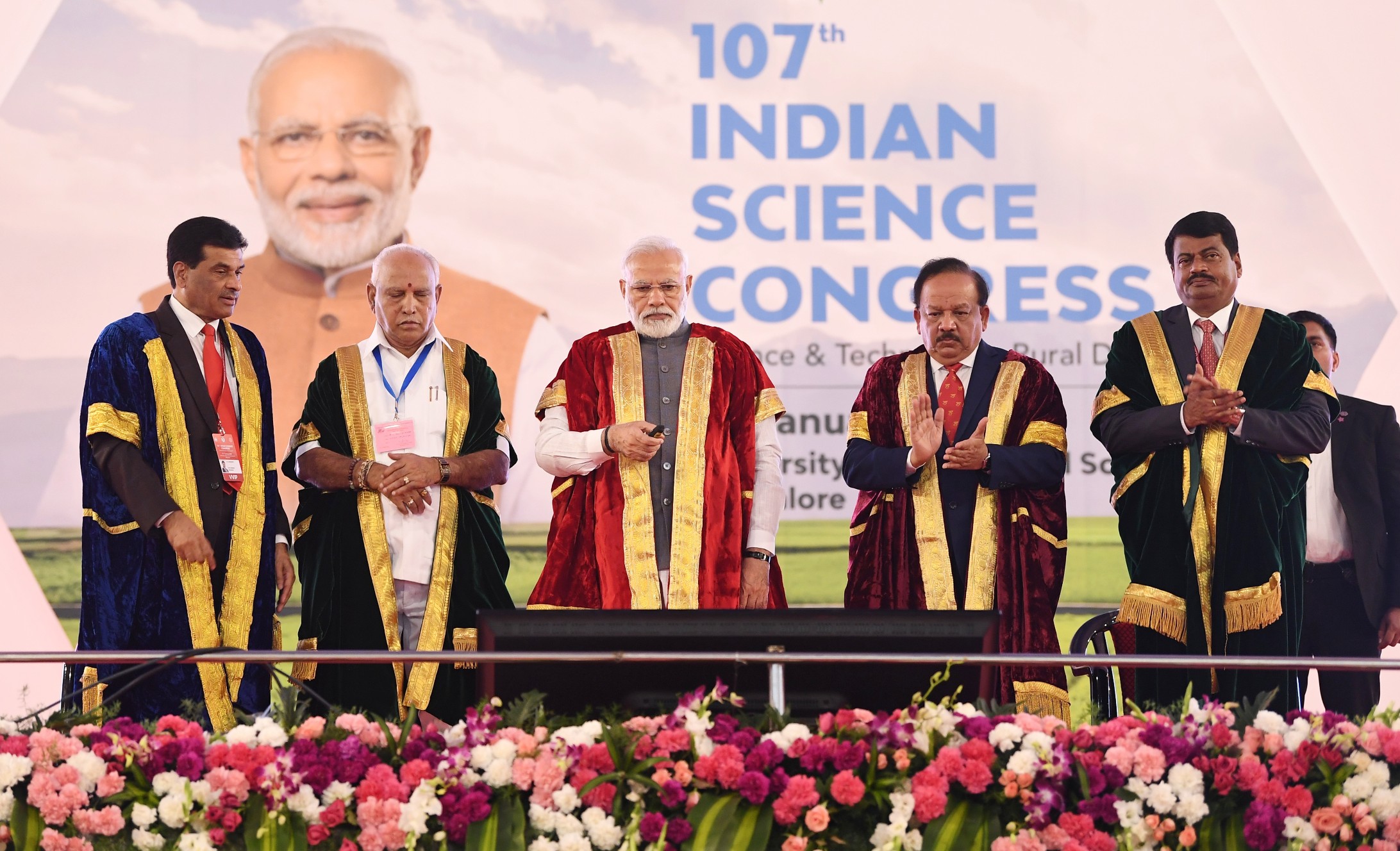 Delivering the inaugural address, the Prime Minister said, “The growth story of India depends on its achievements in the Science & Technology sector. There is a need to revolutionise the landscape of Indian Science Technology and Innovation.”

“My motto for the young scientists bourgeoning in this country has been – “Innovate, Patent, Produce and Prosper”. He said these four steps will lead India towards a faster development. “Innovation for the people and by the people is direction of our ‘New India”, he added.

He said, “New India needs technology and also a logical temperament, so that we can give a new direction to our social and economic sectors”. He said science and technology provides a level playing field in making opportunities accessible to all and that it also plays a unifying role in the society.

A key attraction of the ISC which is ongoing till 7th January, is the Pride of India exhibition. This Expo has emerged as a unique platform for organizations from government, private and public sector to showcase their achievements in the field of Science and Technology.

A key attraction of this year’s Expo at Indian Science Congress is “Vigyan Jyot” or Flame of Knowledge to popularize science among youth and motivate them to take up science as their career.

On 4rth January, Bharat Ratna, Professor C.N.R. Rao addressed the inaugural session of the Rashtriya Kishore Vaigyanik Sammelan (Children’s Science Congress), a part of the ongoing 107th Indian Science Congress. He said that the future of the country depended on science and technology and the future of science lay on the children who with their hard work and sincerity can work wonders in science.

In addition, the 9th Women Science Congress (WSC) organised as part of the ISC showcased the achievements of women scientists and motivated young women to actively participate in science to identify and find simple solutions to a range of problems through Science and Technology.