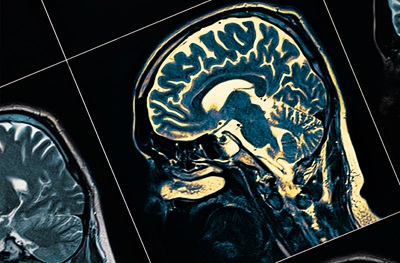 Researchers in the Perelman School of Medicine at the University of Pennsylvania, US will lead a multi-institutional effort in pursuit of developing a critical tool for imaging the brains of patients with Parkinson’s and other neurodegenerative diseases.

The Center Without Walls — a collaboration between Penn Medicine, Washington University-St. Louis, the University of Pittsburgh, the University of California-San Francisco, and Yale University — has received a five-year $20 million grant from the National Institute of Neurological Disorders and Stroke (NINDS) to pursue this work.

“The NINDS set an incredibly ambitious goal that required an equally ambitious project,” said the Center’s principal investigator Robert H. Mach, PhD, the Britton Chance Professor of Radiology at Penn Medicine. “At the end of five years, we hope to have a radioactive tracer that will be able to detect Parkinson’s early on and provide detailed information about the disease’s progression, which is critical for discovering and testing new treatments.”

A positron emission tomography (PET) scan is an imaging test that uses a radioactive drug (tracer) that binds to certain proteins or sugars, in order to show areas of the body that have higher levels of chemical activity, indicating disease. It was just under a decade ago that researchers first identified a radiotracer that could be used to detect the presence of amyloid protein plaques in the brain, which are a hallmark of Alzheimer’s disease. Though the search for a successful Alzheimer’s drug remains elusive, PET scans have revolutionized how the disease is diagnosed and monitored.

Now, Mach and his team at the Center Without Walls are pursuing a similar outcome for Parkinson’s and a handful of other diseases that are characterized as “proteinopathies,” which occur when certain proteins “misfold” and structurally abnormal. With this funding, the researchers plan to develop two different radiotracers: one that will bind to a protein in the brain known as alpha-synuclein for the imaging of Parkinson’s and multiple system atrophy, and the other that will bind to the protein 4R tau for imaging frontotemporal degeneration and progressive supranuclear palsy.

Identifying compounds that are able bind to the proteins alpha-synuclein and 4R tau is akin to “finding a needle in a haystack,” Mach said. To accomplish this undertaking, a research group within the Center Without Walls — led by E. James Petersson, PhD, an associate professor of Chemistry — will use a technology that can computationally screen for molecules, synthesize them, and interpret binding data based on crosslinking.