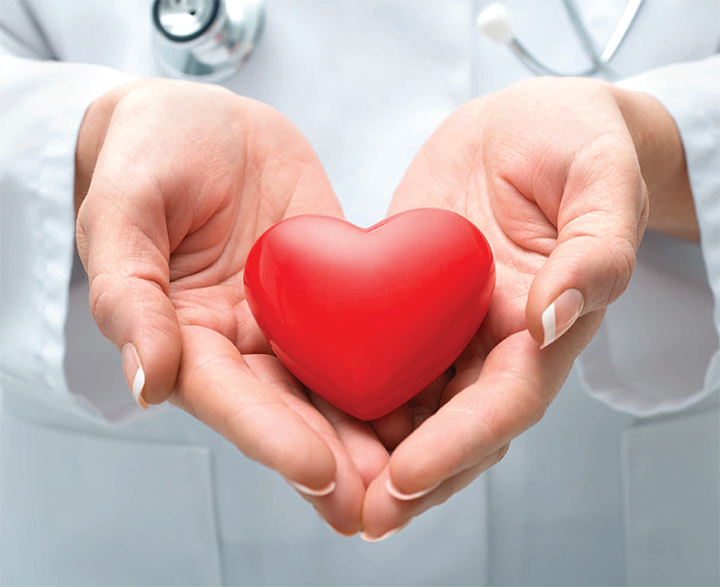 Indian Institute of Technology Hyderabad Researchers are collaborating with research institutions across the world to develop a device to detect heart disease with high speed, sensitivity and reliability. Their ground-breaking work has recently been published in the reputed peer-reviewed Journal of Materials Chemistry B.

The Research Team is headed by Prof. Renu John, Head, Department of Biomedical Engineering, IIT Hyderabad. Their work not only offers promise in the diagnosis or prediction of heart disorders within minutes but can also be extended to detection of other diseases.

The clinical complications of Cardiovascular Diseases (CVD) are presently major causes of morbidity and mortality worldwide. Primary and specialist health providers use a variety of tools for both clinical assessment of existing heart diseases and to identify vulnerable patients at risk for CVD. Biosensors are one such tools. Prof. Renu John’s studies on microfluidics would help in building biomarker-based biosensors that could be used for instantaneous detection of heart attack and other cardiac diseases.

Elaborating on this collaborative multi-institutional Research, Prof. Renu John said, “Biomarkers are biological molecules that represent health and disease states.  They are specific chemicals that are released in the body in response to certain physiological conditions. Cardiac troponins or cTns, for example, are biomarkers of heart diseases and are conventionally detected in the blood stream using antibodies that bind specifically to them. Biosensors are devices that combine the sensing element (e.g. antibody) with a transducer that converts the interaction of antibody into electrical or optical signal that can be measured. Conventional biosensing includes such techniques as ELISA, chemiluminescent immunoassay and radioimmunoassay. ”

Prof. B.D. Malhotra from Delhi Technological University said, “The major issue with the conventional assays for the detection of cTns relates to poor sensitivity and limit of detection.  Improvements in detecting biosensors such as cTns in the blood require improvements in the design of the biosensor.”

Prof. Malhotra believes that the technique can be extended to other diseases as well by varying the type of biomarker/antibody that is attached to the nanospheres.   Microfluidics based biosensing thus offers new opportunities in areas of biological engineering, biomedical studies, point-of-care diagnostics, and environmental monitoring.

There has been increased interest in the past decade to develop microfluidics-based sensors for biomedical applications. The field of microfluidics deals with the manipulation of very small volumes of fluids in the range of quadrillionth of a liter – in effect being a ‘miniaturized plumbing’ activity that can squeeze an entire lab into a single micro-sized device.

Nanosized materials – materials that are a hundred thousand times smaller than the thickness of a single human hair – are often used in microfluidics-based biosensors as the transducer to convert the bio-chemical reaction into an optical or electrical signal.

Prof. Renu John’s team and collaborators from IIT Kanpur, Zoological survey of India, Iowa State University and Delhi Technological University, used hollow nickel vanadate nanospheres, modified with chitosan and loaded with antibodies of cTns in a microfluidic setup.  When blood containing the CVD biomarker cTns was passed through the biofluidic setup loaded with the biosensing nanospheres, cTns binds with the antibody and induces an electrical signal in the nanosphere, which is then detected.

Prof. Renu John and his team tested the performance of the microfluidic biosensors using blood serum of cardiac patients and compared the results with those of conventional chemiluminescence assays. They found that the microfluidic devices could detect the CVD biomarker cTns with extremely high degree of accuracy and sensitivity.  cTns levels as low as 0.000000000005 grams in one milliliter of blood could be detected, which makes this technique a very useful tool for detection of cardiovascular maladies.