This novel, low-cost diagnostic device is a biocompatible sensor that can detect bacteria without cell culture and microbiological assays 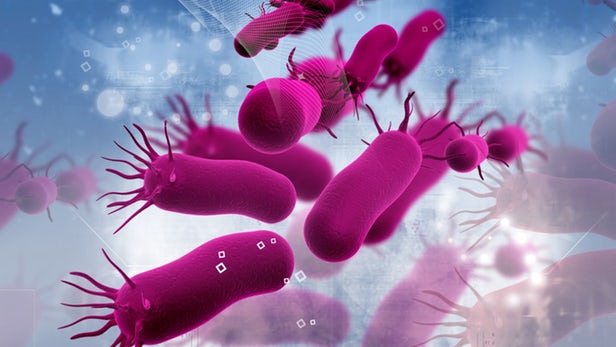 Indian Institute of Technology Guwahati (IIT-G) researchers have developed a low-cost, hand-held device to detect bacteria. This Research by IIT Guwahati will enable rapid detection of bacteria, which is important not only in healthcare, but also in anti-bioterrorism measures and environmental monitoring applications.

Bacterial infection is a common cause of morbidity and mortality worldwide and despite development of a range of antibiotics, the challenge continues to lie in detecting and diagnosing bacterial infection early on, as present detection techniques tend to be time-consuming.

The research team led by Prof. Parameswar K. Iyer, Department of Chemistry, and Prof. Siddhartha S. Ghosh, Department of Biosciences and Bioengineering, IIT Guwahati, has developed this novel, low-cost, bio-compatible sensor that can detect bacteria almost instantaneously without the need for cell culture and microbiological assays. The Organic Field Effect Transistor (OFET)-based bacterial diagnostic device has been shown to have the ability to detect 103 cfu mL−1 of bacteria and distinguish between Gram positive and Gram negative types.

Their work has been patented as well as published in the July 2019 issue of the reputed peer-reviewed Journal of Materials Chemistry A of the Royal Society of Chemistry.

At present, the detection of bacteria in body fluids is done in laboratories.  The cells that are derived from the patient are initially cultured or grown so that enough of the bacterial cells are available for microbiological analysis.

Explaining the need to develop faster and easier methods to detect bacteria, Prof. Iyer says, “Current diagnostic processes are frustratingly time-consuming, especially when time is of the essence in administering treatment.” While newly developed techniques such as real time qPCR can detect bacteria faster than conventional assay-based methods, they are restricted by the need for expensive apparatuses and trained personnel.  What would be useful are hand-held rapid detection kits like those used for blood sugar monitoring and pregnancy detection.”

Highlighting the functionality of the device, Prof. Ghosh said, “It is known that Gram positive bacteria such as S. pneumoniae, have different cell wall compositions than Gram negative bacteria such as the common E. coli. Such asymmetric cell wall organizations could alter flow of electrons at the channel of OFETs during their detection.”

The important breakthrough by the team was in developing and using an Organic Field Effect Transistor (OFET) to detect this surface charge. The OFET is an electronic device that works on the principle that charges in the vicinity of the channels of certain semiconductors can induce a current in them. Thus, the charges on the surface of the bacterium, induces a current in the OFET, which is registered and read.

The OFET devices developed by the team consists of a unique and hybrid tri-layer dielectric system built on simple glass and flexible PET (a kind of plastic) substrates, and can operate at ultra-low operating voltages. The team has shown that this OFET sensor can not only detect bacteria, but also differentiate between Gram positive and Gram negative bacteria.

“Not only have we shown the sensing capabilities of this portable OFET device, but we have also shown the mechanism by which sensing occurs and elucidated the role of bacterial wall in distinguishing various bacterial types”, added Prof. Iyer on the significance of this latest interdisciplinary research work.

The OFET-based ready-to-use diagnostic tool will facilitate rapid detection and diagnosis at the point of care. The current device is particularly useful for the detection of bacteria primarily for water-borne diseases. These sensors will also be useful in instantaneous detection of time-critical illnesses such as meningitis.