Epidemiological studies have shown that this disease affects 9 per cent to 32 per cent of Indian population, although the actual numbers could also be higher as the condition often goes undiagnosed 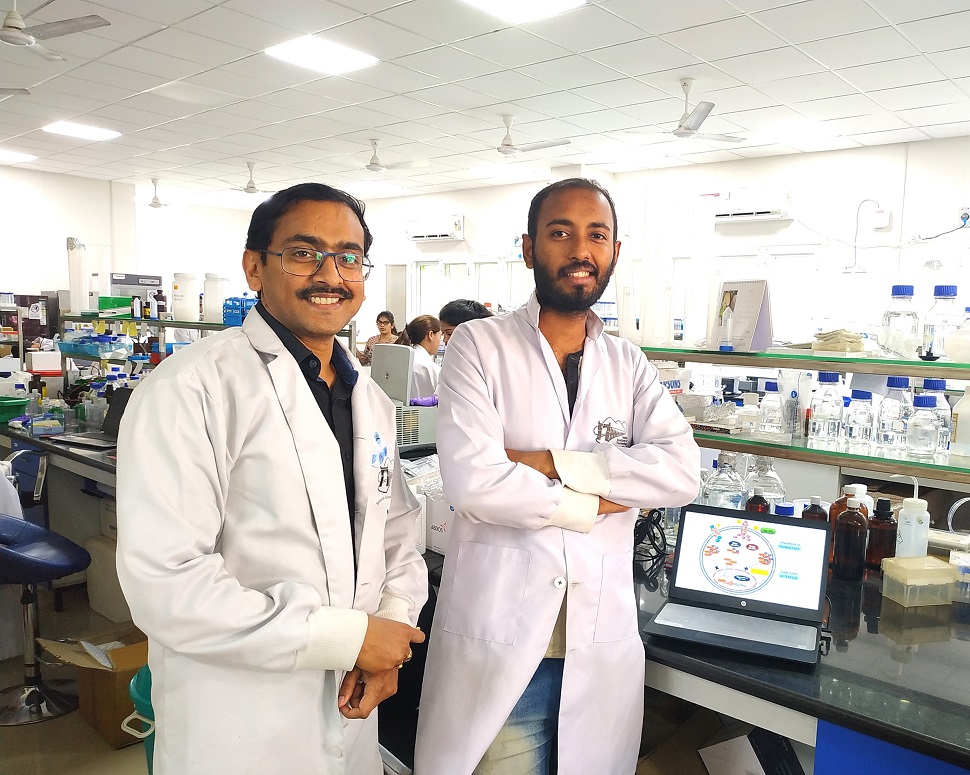 Indian Institute of Technology (IIT) Mandi Researchers have, for the first time, unraveled the mechanisms by which lead (Pb2+) salts can promote accumulation of fat in the liver. Epidemiological studies have shown that this disease affects 9 per cent to 32 per cent of Indian population. The actual numbers could also be higher as the condition often goes undiagnosed.

Non-alcoholic fatty liver disease (NAFLD) is a dangerous epidemic of this generation and is a rapidly growing health problem intimately related to the metabolic group of diseases such as obesity and diabetes, among others.  It is a condition wherein there is excessive fat accumulation in the liver.  While obesity has been known to be the leading cause for NAFLD, recent observations have shown that even thin people can be ‘metabolically obese’ and have NAFLD.

Their research work was performed in collaboration with researchers from Council of Scientific and Industrial Research (CSIR)-Indian Institute of Toxicology Research, Lucknow and School of Chemical and Life Sciences - Jamia Hamdard, New Delhi. This research work is recently published in a reputed peer-reviewed journal “FEBS Letters”.

Speaking about this Research, Dr. Prosenjit Mondal, Assistant Professor, School of Basic Sciences, IIT Mandi, who has uncovered the pathway by which lead promotes NAFLD, said, “While the connection between lead and fatty liver disease has been known for a while, the actual mechanism by which lead worsens this condition has hitherto remained unknown.”

NAFLD, and most metabolic group of diseases, are often caused by the poor regulation of De novo lipogenesis (DNL), a complex process in which carbohydrates circulating in the blood are converted into fat. The poor regulation of DNL leads to abnormal production of fat, which settles in the liver and other internal organs as visceral fat.

It has been found that the metal lead, which is a serious environmental toxin, can lead to poor regulation of fat formation and deposition in the liver.  Lead toxicity is a serious concern in India and the use of lead containing paints, pesticides, packaging and even beer contributes towards high exposure of Indians to this toxic metal and its salts. Lead salts absorbed by the human body is stored in soft tissues, and autopsy studies have shown that the liver hoards almost 33 per cent of the total lead cruising in the body.

De novo lipogenesis or DNL is a complex process that involves numerous biomolecules, one of which is Carbohydrate Responsive Element Binding Protein (ChREBP).  ChREBP activates the regulatory enzyme, fatty acid synthase, which is responsible for fat production in liver cells.  The activity of ChREBP in human liver cells is kept in control by another biomolecule called sorcin.  “We observed Pb2+ ions to suppress sorcin activity, and this over-activates ChREBP, which in turn triggers fatty acid synthase.  This increases fat production in the liver, leading to NAFLD”, explains Dr. Mondal.

Dr. Mondal and his research team did not stop with elucidating the mechanism of lead induced liver toxicity.  They also proposed chemicals that can target the Pb2+-Sorcin-ChREBP cascade, so that drugs can be discovered and developed to treat NAFLD caused by lead toxicity. They injected mice with a small DNA segment (plasmid) through adenovirus (that expresses sorcin); which increased sorcin activity and thereby reduced the progression of fatty liver disease.

NAFLD is a complex syndrome and its causes, symptoms and progression are likely to differ among individuals.  Research such as those at IIT Mandi will help in acquiring a comprehensive understanding of the pathogenesis of the disease from the perspective of xenotoxins (chemicals that are not normally found in the body, but are introduced), which will in turn help in devising therapies and treatment methods. The study was funded by Seed Research grant from IIT Mandi to Dr. Prosenjit Mondal.