Using this new approach, a coiled wire loaded with antibiotics is inserted into the patient’s stomach through a nasogastric tube. 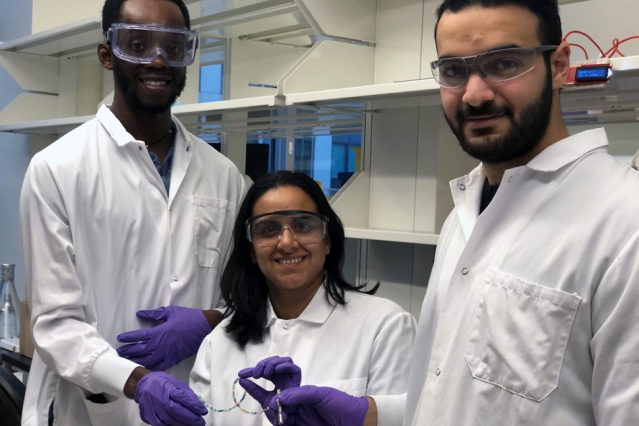 A research team from the Massachusetts Institute of Technology (MIT) in the US  has devised a new way to deliver antibiotics against tuberculosis (TB) , which they hope will make it easier to cure more patients and reduce health care costs.

Using this new approach, a coiled wire loaded with antibiotics is inserted into the patient’s stomach through a nasogastric tube. Once in the stomach, the device slowly releases antibiotics over one month, eliminating the need for patients to take pills every day.

The new device is a thin, elastic wire made of nitinol — an alloy of nickel and titanium that can change its shape based on temperature. The researchers can string up to 600 “pills” of various antibiotics along the wire, and the drugs are packaged in polymers whose composition can be tuned to control the rate of drug release once the device enters the stomach.

The wire is delivered to the patient’s stomach via a tube inserted through the nose, which is used routinely in hospitals for delivering medications and nutrients. As part of their study, the researchers interviewed 300 tuberculosis patients in India, and most said that this kind of delivery would be acceptable to them for long-term treatment.