Intensive lowering of blood pressure can have a measurable impact on MCI, says a NIH research

The results were reported Jan. 28, 2019 in the Journal of the American Medical Association. 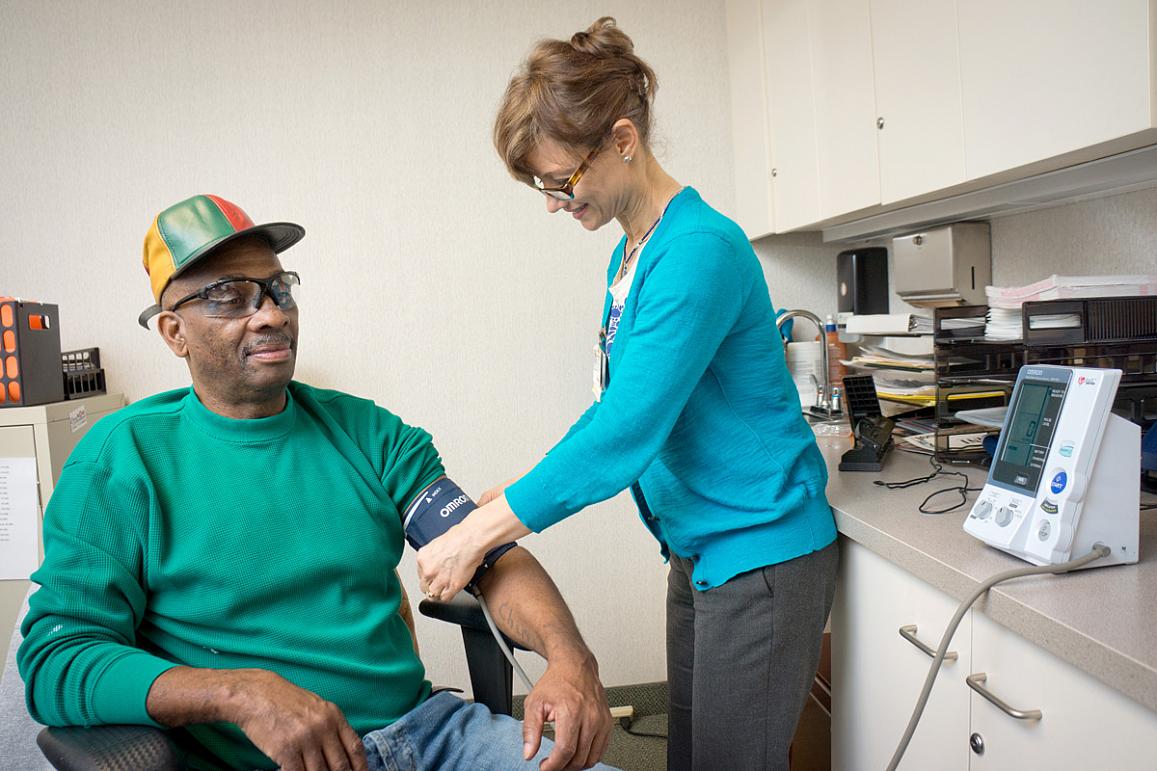 Intensive lowering of blood pressure did not significantly reduce dementia risk but did have a measurable impact on mild cognitive impairment (MCI), according to the final, peer-reviewed results from the Systolic Blood Pressure Intervention Trial (SPRINT) Memory and Cognition in Decreased Hypertension (SPRINT MIND). SPRINT MIND secondary results are the first to show an intervention that significantly reduces the occurrence of MCI, which is a well-established precursor of dementia. SPRINT MIND was an integral aspect of the initial design for SPRINT, a large, randomized clinical trial of intensive blood pressure lowering on cardiovascular and renal disease; both were funded by the National Institutes of Health.

“Dementia continues to be a large public health challenge, and based on the primary results of this study, we still have yet to find an intervention strategy proven to reduce the risk of dementia,” said Richard J. Hodes, M.D., director of the National Institute on Aging (NIA), part of NIH and the lead institute on Alzheimer’s research. “Nevertheless, the secondary results showing that intensive lowering of blood pressure may reduce risk for MCI, a known risk factor for dementia, gives us additional avenues to explore on the path to prevention.”

MCI is a condition in which people have more difficulty with cognition, thinking, remembering, and reasoning, than normal for people their age. Dementia is a more severe form of loss in cognitive functions that interferes with daily life. Alzheimer’s disease is the most common type of dementia. High blood pressure, or hypertension, is very common in persons over the age of 50 and a leading risk factor for heart disease, stroke, kidney failure, and a growing body of research suggests that it may increase risk for dementia later in life.

The participants in SPRINT were adults 50 years and older at high risk for cardiovascular disease. Results of the SPRINT trial, which ended early, showed that intensive blood pressure control, i.e., a systolic blood pressure target of less than 120 mmHg (<120 mmHg), compared to a standard target of less than 140 mmHg (<140 mmHg), reduced cardiovascular events and overall mortality. Between November 2010 and March 2013 more than 9,300 participants were randomized to the two target groups with nearly 4,700 in each group. In August 2015, the SPRINT trial was stopped after 3.3 years of treatment when the major beneficial effects of intensive blood pressure management on mortality and cardiovascular disease were discovered. Assessment for development of dementia and MCI continued for the full planned five years.

SPRINT MIND aimed to address whether intensive blood pressure control would also reduce the risk of developing dementia and cognitive impairment over the ensuing five years. Cognitive assessments were given to participants who had high blood pressure but no history of stroke or diabetes at the start of the trial, and over 91 percent had at least one follow up. Participants were classified into one of three categories: no cognitive impairment, MCI, or probable dementia.

The SPRINT MIND Research Group, including corresponding author Jeff D. Williamson, M.D., M.H.S., from Wake Forest School of Medicine, Winston-Salem, North Carolina, noted that the primary results of this analysis found no statistically significant difference between standard and intensive treatment in the proportion of participants that were diagnosed with dementia. The study, however, had fewer cases of dementia than expected. Nevertheless, the secondary results suggested that the intensive treatment reduced the risk of MCI and the combined risk of MCI and dementia. Due to the success of the SPRINT trial on the cardiovascular outcomes, the study intervention was stopped early; as a result, participants were treated for a shorter period than originally planned. The authors concluded that the shorter time and the unexpected fewer cases of dementia may have made it difficult to determine the role of intensive blood pressure control on dementia.

“The fact that there was still an MCI result when the study was cut short makes these results encouraging,” explained Laurie Ryan, Ph.D., chief of the Dementias of Aging Branch in the NIA Division of Neuroscience.

The authors emphasized that this is the first randomized clinical trial demonstrating that an intervention significantly reduces the occurrence of MCI, which is an established risk factor and often a precursor for dementia. An important conclusion from this research is that the intensive lowering of systolic blood pressure to <120 mmHg target — which reduces the risk of cardiovascular events and mortality — is safe for the brain.

“This is a landmark study in that it is the first trial of its size and scope to look at a modifiable risk factor for dementia and MCI,” said Lenore J. Launer, Ph.D., a senior investigator in the NIA Laboratory of Epidemiology and Population Sciences and co-author of the paper. “The study had a carefully designed hypothesis, used approved appropriate tools to assess dementia and MCI, was blinded for diagnosis, and got a good sample of older people.”

The authors noted that there currently are no proven interventions that prevent or delay the incidence of MCI or dementia. Therefore, people should consult with their healthcare providers to decide the best blood pressure goals for themselves and to determine how to reach those goals (for example, introducing lifestyle changes such as diet and exercise; or lifestyle changes with addition of blood pressure medications).

“This study is in line with where the field of dementia research is going: preventing memory loss earlier,” added Ryan, who is also the program lead for SPRINT MIND. “Much like we have research-based interventions for heart health and cancer prevention, we hope to have guidance based on this and subsequent studies that will more definitively show how to slow or even stop dementia well before symptoms appear.”

These results also emphasize the connection between vascular health and the brain.

The results were reported Jan. 28, 2019 in the Journal of the American Medical Association.