Research describes how neurons disconnect from each other in Huntington's

The researchers found that when proteins in mitochondria at the ends of neurites were damaged by normal wear and tear, newer ones weren’t coming in to replace them as quickly as they did for mitochondria near the nucleus. This made them function less efficiently, which activated ‘executioner’ enzymes called caspases and ultimately led to neurites withering away. 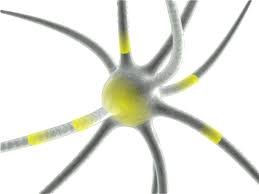 A hallmark of neurodegenerative diseases like Huntington’s is the progressive death of nerve cells in the brain. The cells don’t die quickly, though. They first start to disconnect from each other because their neurites — long finger-like extensions that make connections all through the brain — become smaller.

Now, using animal models and nerve cells grown in the lab, researchers from the University of Pittsburgh School of Medicine suggest a new mechanism dubbed “neuritosis” that might explain neurons shrinking in Huntington’s and other neurodegenerative diseases, opening new targets for therapy. The study is published this week in the journal Proceedings of the National Academy of Sciences.

“Neuritosis is a process that hasn’t been recognized or described until now and could play a very important role in normal brain development, aging and neurodegenerative disease,” said senior author Robert Friedlander, M.D., chair and Walter E. Dandy Professor of Neurosurgery and Neurobiology at Pitt’s School of Medicine.

It all started when Sergei Baranov, Ph.D., a staff scientist in Friedlander’s lab, noticed an interesting phenomenon in mouse nerve cells that he was growing in the lab.

“Their mitochondria, the cellular powerhouses, weren’t working as well at the neurite ends” said Baranov. Then, when the researchers looked at neurons in the spinal cords of mice, they found the same phenomenon. “Other researchers must have noticed this as well, but we were able to visualize it and suggest the potential cause as well as outcome,” he noted.

The researchers found that when proteins in mitochondria at the ends of neurites were damaged by normal wear and tear, newer ones weren’t coming in to replace them as quickly as they did for mitochondria near the nucleus. This made them function less efficiently, which activated ‘executioner’ enzymes called caspases and ultimately led to neurites withering away.

Friedlander and his team called this neuritosis, a variation on apoptosis, the cell death process that involves caspase activation. “It’s quite intuitive, once we discovered how it works,” said Friedlander. “Neuronal projections are really long and the farther you are from the nucleus, which is the central factory, the harder it gets to repair and replenish the cellular machinery, making the ends more vulnerable to even small stresses.”

The researchers then wanted to understand whether neuritosis plays a role in neurodegenerative disease, and they had reason to suspect that it does. Previous work in Friedlander’s lab showed that mutations in huntingtin, the protein linked to Huntington’s, interferes with the same protein supply chain that breaks down in neuritosis.

To test their hunch, Friedlander’s team used genetically modified mice that carried a mutant version of the human huntingtin protein. These mice exhibit symptoms of the disease, including accelerated neuronal death. Their findings were similar to what they had seen in the cells, but more pronounced. There were fewer mitochondria at the ends, and what remained was more dysfunctional than in normal neurons. There was also more activation of caspases, and increased levels of cell death.

“It’s quite likely that neuritosis happens in nerve cells normally and doesn’t result in cell death, but in neurodegenerative diseases, there are higher levels of stress to the already vulnerable neurite ends, which could push neuritosis over the edge and lead to cells dying,” said Friedlander. “If we can somehow find a way to keep mitochondria at nerve ends healthy, it may be beneficial in treating neurodegenerative diseases.”

The research was funded by National Institute of Health grants R01NS089688, R01NS039324, R01NS077748 and R01NS100743, the David Scaife Family Charitable Foundation, the University of Pittsburgh Brain Institute, and the Walter L. Copeland Fund of the Pittsburgh Foundation.