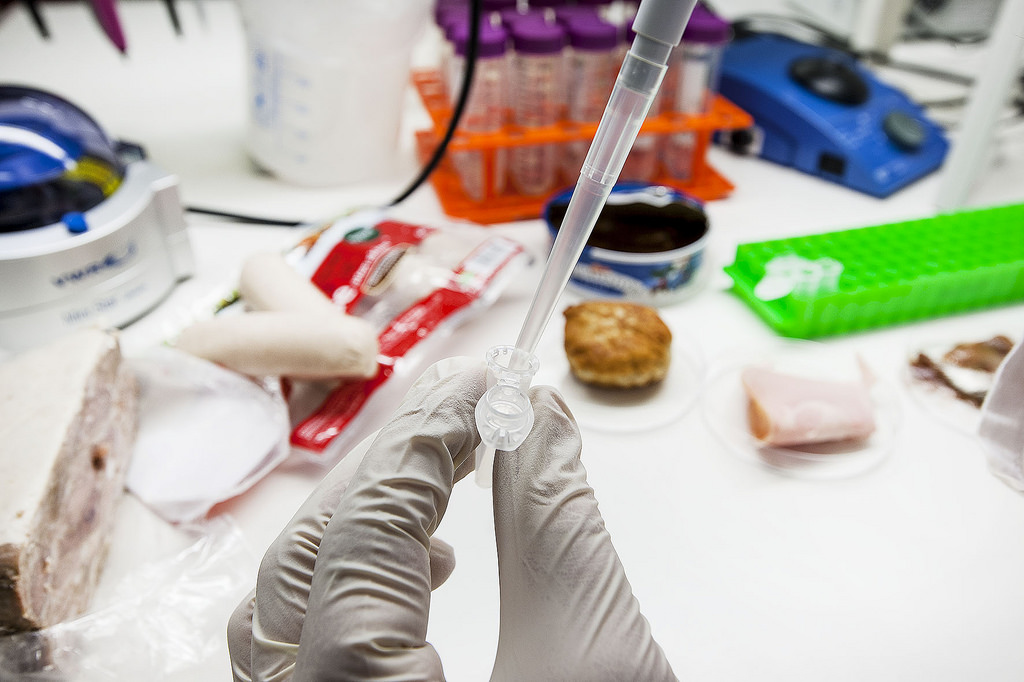 New technology developed by a team of McGill University scientists shows potential to streamline the analysis of proteins, offering a quick, high volume and cost-effective tool to hospitals and research labs alike.

Proteins found in blood provide scientists and clinicians with key information on our health. These biological markers can determine if a chest pain is caused by a cardiac event or if a patient has cancer.

Unfortunately, the tools used to detect such proteins haven't evolved much over the past 50 years - despite there being over 20,000 proteins in our body, the vast majority of protein tests run today target only a single protein at-a-time.

Now, PhD candidate Milad Dagher, Professor David Juncker and colleagues in McGill's Department of Biomedical Engineering have devised a technique that can detect hundreds of proteins with a single blood sample.

Part of their work, just published in Nature Nanotechnology, describes a new and improved way to barcode micro-beads using multicolour fluorescent dyes. By generating upwards of 500 differently coloured micro-beads, their new barcoding platform enables detection of markers in parallel from the same solution--for example, a blue barcode can be used to detect marker 1, while a red barcode can detect marker 2, and so on. A laser-based instrument called a cytometer then counts the proteins that stick to the different coloured beads.

Though this kind of analysis method has been available for some time, interference among multicolour dyes has limited the ability to generate the right colours. Now, a new algorithm developed by the team enables different colours of micro-beads to be generated with high accuracy--much like a colour wheel can be used to predict the outcome of colour mixing.

Professor Juncker's team is hoping to leverage its platform for improved analysis of proteins.

"Current technologies hold a major trade-off between the number of proteins that can be measured at once, and the cost and accuracy of a test", Dagher explains. "This means that large-scale studies, such as clinical trials, are underpowered because they tend to fall back on tried-and-true platforms with limited capabilities."