MAHE researchers discover biomolecules for the benefit of diabetics 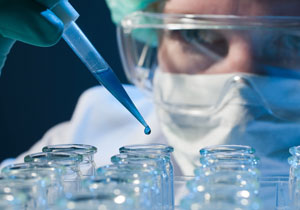 Insulin, a hormone secreted by the pancreas, plays an important role in stimulating the muscle, fat, and liver cells to consume glucose and produce energy. In addition to this, insulin also carries out specialized functions in cells such as the endothelial cells, which line the blood vessels throughout the body. In individuals with diabetes who respond differently to insulin (insulin-resistant conditions), these endothelial cells do not function and lose their tone and elasticity which may further lead to diabetes-associated vascular complications such as kidney damage, loss of vision, stroke, heart disease and erectile dysfunction.

Dr. Vinod Bhat, Vice Chancellor of MAHE said, “MAHE is supporting molecular genetics program as there is plenty to discover to the benefit of patients.  Majority of T2D subjects suffer from vascular diseases and it is important to study vascular endothelial cells in order to identify newer therapeutic interventions to restore normal function of the endothelial cells. MAHE is in unique environment that researchers, clinical practitioners and public health experts can work together to bring about change in the society on how the diseases are managed in individuals”.

In the recently published paper in the scientific journal, “Laboratory Investigations”, a Springer-Nature journal, extensive research conducted by scientists of School of Life Sciences, Manipal Academy of Higher Education (MAHE), Manipal, identified key genes influenced by inflammatory mediator, interleukin-6 (IL-6), on endothelial cells associated with insulin resistance.  That could be reason behind Type 2 Diabetic (T2D) subjects suffer from vascular diseases despite controlling the glucose levels by insulin or anti-diabetic drugs.

Dr. K. Satyamoorthy, group leader said, “The hypothesis behind morbidity associated with vascular diseases in T2D, even after strict control of glucose levels, is due to metabolic memory. This is based on epigenetic mechanisms and can be regulated by several factors such as inflammation, hyperglycemia, or stress. Hence, studying these epigenetic mechanisms is important and led to the discovery of new genes and mechanisms”.

Normal levels of IL-6 produced by immune cells protect the body from pathogens during infections; however, conditions such as diabetes are associated with sterile inflammation and where there is increased production of IL-6 levels, which lead to deleterious effects and may even cause insulin resistance. Dr. Manjunath B. Joshi, primary scientist added, “It has long been known that the inflammatory molecule IL-6 concentrations are high in serum of T2D subjects and we were wondering how IL-6 influences endothelial cells and if there is a role in disturbing insulin function. Our work links high IL-6 levels with decreased insulin function and investigates underlying epigenetic mechanisms”.

Mr. Ashwath Balakrishnan, PhD scholar associated with the work at MAHE said, “Epigenetic changes caused by key enzyme, DNMT1 is destabilized in response to IL-6 leading to disturbed production of nitric oxide and hence insulin is unable to impart its normal function”.

Dr. HS Ballal, Pro-Chancellor for MAHE said,  “We have been striving for societal benefit through our network of hospitals, education institutions with special emphasis on research and developmental activities. The work being carried out at School of Life Sciences is critical to manage chronic diseases such as diabetes and may lead to better clinical practices in future”. Diabetes accounts for about 5million deaths worldwide annually and globally more 350million suffer from the disease.  Diabetes and its precursor conditions could encompass 7% of the world population by 2030.  Diabetes and associated complications such as nephropathy, neuropathy and cardiovascular diseases are the major problems worldwide and grave public health problem.  Future research could focus on understanding the function(s) of these newly identified genes and also to reverse these epigenetic changes, which might help to minimize the burden of vascular diseases in T2D subjects.”