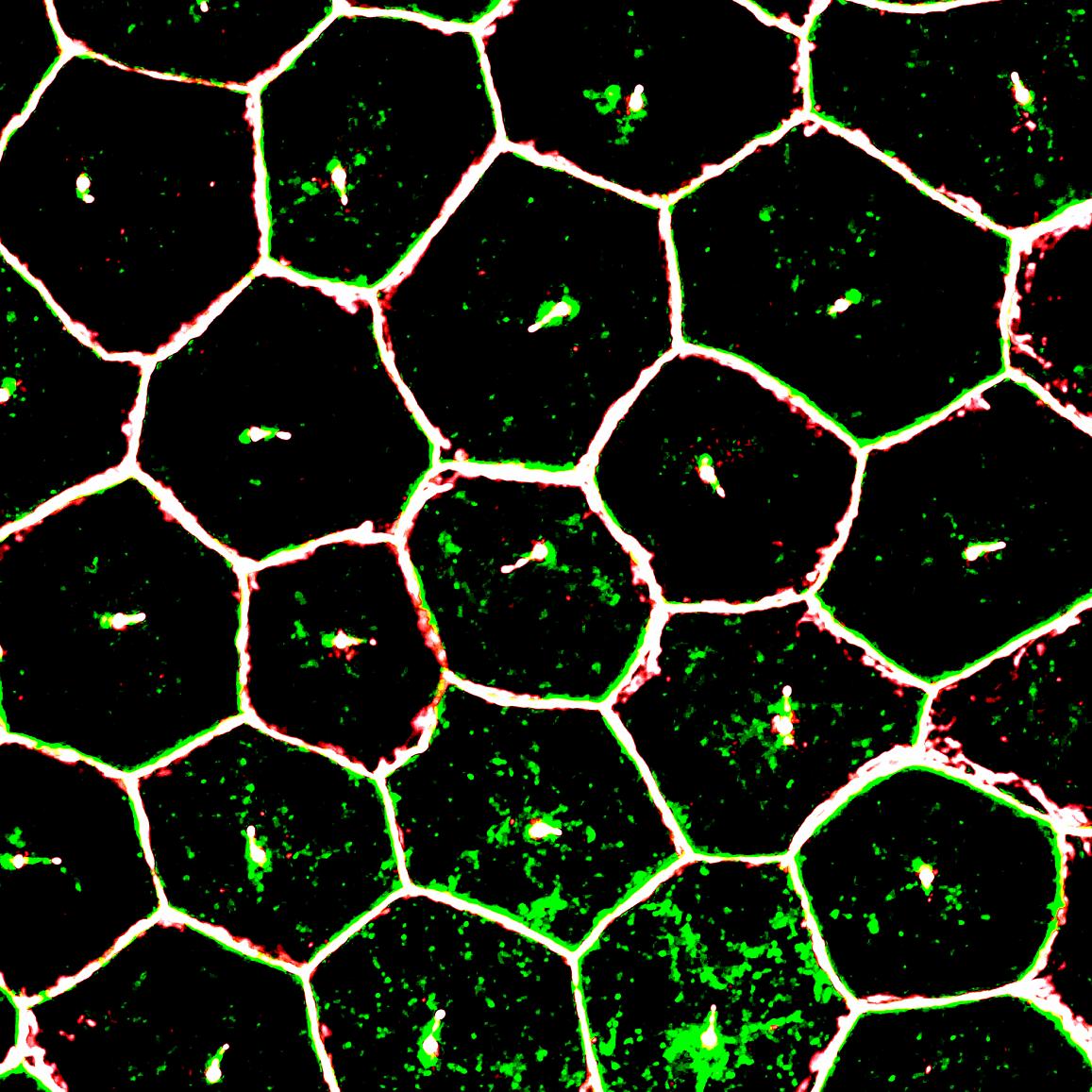 Scientists at the National Eye Institute (NEI) which is a part of the National Institutes of Health, report that tiny tube-like protrusions called primary cilia on cells of the retinal pigment epithelium (RPE) are essential for the survival of the retina’s light-sensing photoreceptors. The discovery has advanced efforts to make stem cell-derived RPE for transplantation into patients with geographic atrophy, otherwise known as dry age-related macular degeneration (AMD).

Kapil Bharti, Stadtman investigator & study’s lead investigator at the NEI said, “We now have a better idea about how to generate and replace RPE cells, which appear to be among the first type of cells to stop working properly in AMD.”

In a healthy eye, RPE cells nourish and support photoreceptors, the cells that convert light into electrical signals that travel to the brain via the optic nerve. RPE cells form a layer just behind the photoreceptors. In geographic atrophy, RPE cells die, which causes photoreceptors to degenerate, leading to vision loss.

Bharti and his colleagues are hoping to halt and reverse the progression of geographic atrophy by replacing diseased RPE with lab-made RPE. The approach involves using a patient’s blood cells to generate induced-pluripotent stem cells (iPSCs), cells capable of becoming any type of cell in the body. iPSCs are grown in the laboratory and then coaxed into becoming RPE for surgical implantation.

“The cells frequently fail to mature into functional RPE capable of supporting photoreceptors. In cases where they do mature, however, RPE maturation coincides with the emergence of primary cilia on the iPSC-RPE cells”, Bharti said.

And importantly, the cells performed a crucial function of mature RPE cells: they engulfed the tips of photoreceptor outer segments, a pruning process that keeps photoreceptors working properly.

As further confirmation of their observations, when the researchers genetically knocked down expression of cilia protein IFT88, the iPSC-derived RPE showed severe maturation and functional defects, as confirmed by gene expression analysis. Tissue staining showed that knocking down IFT88 led to reduced iPSC-derived RPE cell density and functional polarity, i.e., cells within the RPE tissue pointed in the wrong direction.

The report suggests that primary cilia regulate the suppression of the canonical WNT pathway, a cell signaling pathway involved in embryonic development. Suppression of the WNT pathway during RPE development instructs the cells to stop dividing and to begin differentiating into adult RPE, according to the researchers.

The study’s findings have been incorporated into the group’s protocol for making clinical-grade iPSC-derived RPE. They will also inform the development of disease models for research of AMD and other degenerative retinal diseases, Bharti said.

This work was supported by the NEI intramural research program and the NIH Common Fund’s Regenerative Medicine Program.