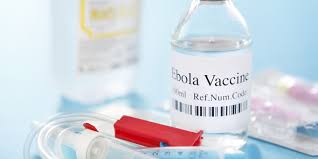 Ebola virus disease, a severe and often fatal infection can be cured now. Microbiologist and researcher Gary Kobinger developed a treatment against this disease, trademarked ZMapp. In the appreciation of his research he received the Ernest C. Manning Innovation Awards' Principal Award in Toronto on November 29, 2017.

He shares the award with his research partner Dr. Qui Xiangguo of Winnipeg.

The Ernest C. Manning Awards Foundation was established in 1980 to foster a culture of innovation and cement Canada's position as a global leader in that area.

It recognizes and tells the stories of outstanding Canadian innovators whose work improves the lives of people in Canada and world-wide.

Its evaluation and selection process is modelled on that of the Nobel Prizes.

Dr. Kobinger was also named Scientist of the Year in 2015 by Radio-Canada for contributions to the fight against Ebola virus disease.

"This high-level Canadian recognition is further proof of the global leadership shown by University Laval and its Faculty of Medicine in such cutting-edge fields as microbiology and infectiology," said Eugénie Brouillet, Vice Rector of Research, Creation, and Innovation.

"Professor Kobinger and his team are internationally recognized for their work on Ebola virus disease and are now turning their attention to the development of an HIV vaccine." informed Eugenie Brouillet

The treatment developed by Dr. Kobinger's team, in collaboration with the Public Health Agency of Canada, is based on three specific antibodies, two of which came from CRI.

It made headlines all over the world when first used on humans in 2014 where two American medical missionaries infected with the virus in Liberia.

This was at the height of the Ebola epidemic the World Health Organization had declared a "public health emergency of international concern."

The team from the National Microbiology Laboratory has earned international status as leaders in scientific research for the deadliest of infectious diseases.