The randomised study will take place across 12 study sites at leading movement disorders research centers in the US, Europe, and Canada 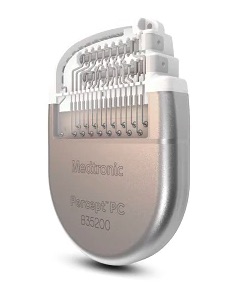 Medtronic plc, the global leader in medical technology, announced the first enrolment in ADAPT-PD (Adaptive DBS Algorithm for Personalised Therapy in Parkinson's Disease), its trial evaluating the safety and efficacy of adaptive deep brain stimulation (aDBS) in patients with Parkinson's Disease (PD). Adaptive deep brain stimulation is an investigational feature of the Percept™ PC device that could be enabled if approved.

The randomised study will take place across 12 study sites at leading movement disorders research centers in the US, Europe, and Canada. An estimated 36 subjects will undergo a total evaluation period of 15 months. The primary endpoint of ADAPT-PD will compare standard continuous DBS (cDBS) to aDBS for hours of 'On' time without troublesome dyskinesias, a measure of treatment efficacy versus side effects, as reported by patient diary.

"The recently initiated ADAPT-PD is the first trial to gather clinical evidence to unlock those capabilities," said Mike Daly, Vice President and General Manager, Brain Modulation business, which is reported as part of the Restorative Therapies Group at Medtronic.

"aDBS technology will allow DBS to be responsive in real-time, communicating with the patient's brain, as needed - which could reduce the amount of programming burden on a clinician," added Professor Andrea Kühn, Head, Movement Disorders and Neuromodulation, Charité University Hospital, Berlin.