How astronauts will make their own drugs in space 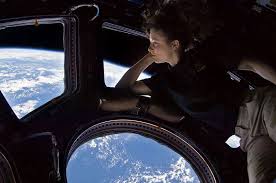 NASA’s Translational Research Institute for Space Health (TRISH) has funded innovative projects seeking to better protect astronauts' health during deep space missions of three years or more. Two of the six projects focus on ‘just-in-time’ medications, which allow drugs to be manufactured on-demand and on-board the spacecraft – a necessity given that most commercially available medicines have shelf lives of two years or less.

Nawrat says: “Two of these on-demand medications projects recently received two-year funding from TRISH. The first is from the Massachusetts Institute of Technology (MIT) and creates just-in-time medications from gastric resident microbial systems, the second from the University of California, Davis (UC Davis) involves genetically modifying and growing lettuces to produce associated drugs.

“MIT’s project is led by David H Koch Institute professor Robert Langer and involves a gastric resident device called the ‘mother machine’. The drug delivery device is ingested by astronauts in the same manner as an oral drug, it then resides in their stomach for a specific period and gradually releases the drug it manufactures into their body.

“Langer’s proof of concept will involve using bacterium, such as E. Coli, to produce three medications – caffeine, melatonin and acetaminophen – within the device. These are all over-the-counter medications and are used to treat conditions such as headaches and other minor pains, as well as sleep disorders. It is hoped that this device’s capacity would be expanded to a broader range of conditions in the future.

“The synthetic biology project led by UC Davis’ Karen McDonald is based around genetically modifying lettuce so the plants can produce certain medications. Astronauts would grow the lettuce on the spacecraft, like is currently done on the International Space Station. The general concept is that if you need a medicine, the next time you grow a lettuce, you will grow it from seeds containing one of three genes – granulocyte-colony stimulating factor (GCSF), granulocyte macrophage colony stimulating factor (GMCSF) and parathyroid hormone (PTH) – and the lettuce will produce the medications you need.

Therefore, drugs created from these genes could be useful in preventing the slowing of the cardiovascular system and changes in the immune system that occur from long-term weightlessness.”