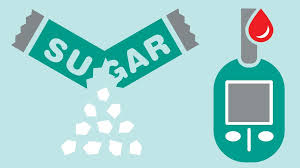 The Institute for Clinical and Economic Review (ICER) has released a Final Evidence Report and Report-at-a-Glance assessing the comparative clinical effectiveness and value of oral semaglutide (Rybelsus® Novo Nordisk), a GLP-1 receptor agonist for the treatment of Type 2 diabetes mellitus (T2DM).

This new therapy is an oral version of the injectable Ozempic® (Novo Nordisk), which was approved by the FDA in 2017. For this analysis, adding oral semaglutide was compared to background therapy with metformin alone, and to three competitors for add-on therapy: liraglutide (Victoza®, Novo Nordisk), sitagliptin (Januvia®, Merck), and empagliflozin (Jardiance®, Boehringer Ingelheim). ICER’s report on these therapies was reviewed at the November 2019 public meeting of the New England Comparative Effectiveness Public Advisory Council (New England CEPAC), one of ICER’s three independent evidence appraisal committees.

During their deliberation, panel members also weighed the therapies’ other benefits and contextual considerations. Noting that diabetes represents a particularly high lifetime burden of illness, the panel members voted that the oral version of semaglutide offers reduced complexity compared to injectable liraglutide, and this reduced complexity may significantly improve patient outcomes.

ICER’s value-based price benchmarks suggest a price range, net of any discounts and rebates, that aligns fairly with a treatment’s added benefits for patients over their lifetime. The ranges reflect commonly cited cost-effectiveness thresholds between $100,000 and $150,000 per Quality-Adjusted Life Year (QALY) gained. Prices at or below these thresholds help ensure that the health benefits gained by patients using new treatments are not outweighed by health losses due to long-term cost pressures that lead individuals to abandon care or lose health insurance. To reach thresholds of between $100,000 and $150,000 per life year gained, oral semaglutide would need to be priced between $6,400-$7,100 per year.

Following the voting session, a policy roundtable of experts — including clinicians, patient advocates, and representatives from manufacturers and payers — convened to discuss the implications of the evidence for policy and practice. Key recommendations stemming from the roundtable discussion include: