A new oral option for patients in the U.S. with acute medical illnesses at risk for thromboembolic complications who are not at high risk of bleeding 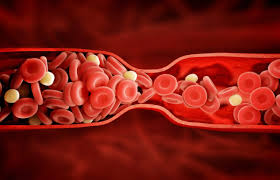 Bayer AG and its development partner Janssen Research & Development have announced that the U.S. Food and Drug Administration (FDA) has approved rivaroxaban (Xarelto™) for the prevention of venous thromboembolism (VTE), or blood clots, in acutely ill medical patients at risk for thromboembolic complications who are not at high risk of bleeding. The approval is based on data from the Phase III MAGELLAN trial, and supported by the data from the MARINER trial. These trials evaluated rivaroxaban for the prevention of VTE in acutely ill medical patients during hospitalization and immediately following discharge.

“With this new approval, rivaroxaban as an oral-only option now has the potential to change how acutely ill medical patients in the US are managed for the prevention of blood clots, both in the hospital and for an extended period after discharge,” said Alex C. Spyropoulos, M.D., Professor of Medicine, The Donald and Barbara Zucker School of Medicine at Hofstra/Northwell, Northwell Health at Lenox Hill Hospital, New York, NY. “The Phase 3 clinical studies in this high-risk patient group show us that rivaroxaban at the 10mg dose is an effective option with a well-established safety profile to help prevent blood clots, which can be fatal in this population.”

“Acutely ill” is a broad term used to describe people who are hospitalized for serious, yet common, medical conditions such as heart failure, infectious diseases or ischemic stroke. More than seven million Americans are hospitalized with acute medical illnesses each year. These patients are at increased risk of VTE for some three months after hospital discharge, with 80 percent of events happening within the first six weeks.