STA will provide the marine-derived compound YONDELIS (trabectedin) to patients throughout Australia, New Zealand and in South East Asia under exclusive license from Spanish company PharmaMar 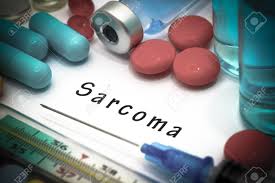 Under the terms of the agreement, STA will provide the marine-derived compound YONDELIS (trabectedin) to patients throughout Australia, New Zealand and in South East Asia under exclusive license from Spanish company PharmaMar.

YONDELIS – which has been shown to improve progression-free survival when used as second-line therapy for patients with unresectable or metastatic liposarcoma (LPS) or leiomyosarcoma (LMS)  – is already approved and has been available to patients in the United States since 2015, and in Europe since 2007.

Until now, it has not been available in Australia and New Zealand, although it is currently provided to patients in Singapore, Malaysia and Brunei via a previous pharmaceutical arrangement. Former product licensee Janssen will continue to distribute YONDELIS in Singapore, Malaysia and Brunei until marketing authorisation is formally transferred to STA.

In the interim, a Special Access Program will be opened on November 1 to ensure YONDELIS is available at the earliest opportunity to eligible patients.

PharmaMar President, José María Fernández Sousa-Faro, commented: "This new license arrangement is the third we have struck with STA, and is a strong endorsement of their capabilities in these key marketing regions of Australia, New Zealand and South-East Asia.